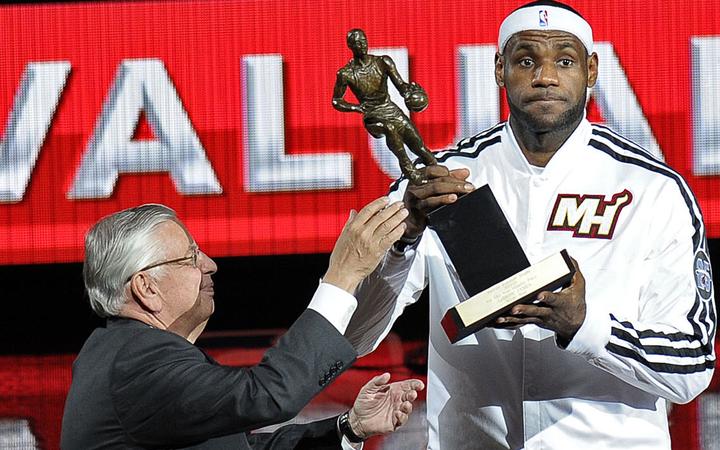 Latest - Former National Basketball Association (NBA) Commissioner David Stern, who oversaw the explosive growth in the popularity of the game during his tenure, has died at the age of 77.

Stern, who served 30 years as the NBA's longest-tenured commissioner before Adam Silver replaced him on Feb. 1, 2014, had been in serious condition after undergoing emergency surgery on Dec. 12 in New York following a sudden brain hemorrhage.

Stern oversaw the NBA's extraordinary growth with seven new franchises, a more than 30-fold increase in revenue, a dramatic expansion of national TV exposure and the launch of the Women's National Basketball Association and NBA Development League.

He also had a role in many other initiatives that helped shaped the league, including a drug policy, salary cap system and dress code.

But Stern's greatest accomplishment as commissioner is widely considered to be the way he transformed the NBA, which at one time was largely an unknown commodity outside the United States, into a globally-televised powerhouse.

Under Stern's leadership, the league opened 13 global NBA offices and, in 1990, became the first U.S. professional sports league to stage a regular-season game outside North America when the Phoenix Suns played the Utah Jazz in Japan.

Stern also presided over four NBA lockouts, including two that resulted in shortened seasons in 1998-99 and 2011.

American tennis star Venus Williams, 39, was set to join world number one Ash Barty, Karolina Pliskova and Naomi Osaka in a strong field at the Queensland Tennis Centre from Jan. 6-12 and the organisers said they would announce a wildcard to take her place in the draw.

"Unfortunately, I won't be starting my season in Brisbane due to an unexpected setback during my training," Venus, a seven-times Grand Slam winner who was handed a wildcard for the event, said in a statement.

"I look forward to being in Australia in the New Year and will see everyone at Adelaide."

The Adelaide International begins on Jan. 13.

A powerful display of hitting from the White Ferns all-rounder Sophie Devine has helped Wellington retain their perfect record in the national women's Twenty20 cricket competition.

Devine has smashed nine sixes on her way to 112 from just 54 balls in the visiting teams' 79-run win over Northern Districts in Mt Maunganui this afternoon.

The result gives Wellington seven wins from seven matches - with Auckland still in second after their 17-run victory over Canterbury at Eden Park.

Meanwhile, also at Eden Park, the Black Caps opening batsmen Martin Guptill and Colin Munro have led Auckland to a seven-wicket win over Canterbury in the domestic men's T20 competition.

Guptill hit 83 off 52 balls, while Munro thumped 68 from just 35 as the Aces chased down Canterbury's impressive total of 194 for 3 with three balls to spare.

The win moves Auckland up one spot to third, with Canterbury down in fifth in the six team competition.

Also last night an impressive display leg spin by Ish Sodhi and a fluent half-century to Daryl Mitchell powered Northern Districts to a five-wicket win over the Wellington Firebirds at Bay Oval.

Sodhi came on in the middle overs of the Firebirds innings and produced a decisive spell to restrict the visitors to 161-8, before the hosts batsmen sealed the win.\

Northern climbed off the bottom of the competition ladder with their second win from six matches.

With four wins from their six matches thus far, the Firebirds remain in second place in the standings behind Otago.

Robert Kubica has joined Alfa Romeo as their 2020 reserve driver, the role the Pole carried out 14 years ago when he made his Formula One debut with the Swiss-based team then known as BMW Sauber.

Kubica's big break came in 2006 when he became Poland's first F1 racer, replacing Canada's 1997 world champion Jacques Villeneuve at BMW Sauber and going on to win with them at the 2008 Canadian Grand Prix.

The Pole, who suffered a near-fatal rally accident in 2011 that partially severed his right arm, scored tail-enders Williams' only point last year in a remarkable personal comeback clouded by the team's inability to provide a competitive car.

He announced in September that he was leaving and has since been replaced by Canadian Nicholas Latifi, the team's 2019 reserve.

Archer is doubt for second test

England paceman Jofra Archer may miss out on second test against South Africa after skipping bowling practice at Newlands.

Archer, who took six wickets in the first test defeat at Pretoria including 5-102 in the second innings, did bat in the nets and took part in fielding drills but a sore right elbow kept him from bowling.

A decision on the 24-year-old would have to be made just before the start of the test on Friday.

He had been a doubt for the first match after suffering from the virus that swept through the England camp on their arrival in South Africa but recovered in time to play in the 107-run defeat.

For the first time on tour, England's entire 19-man squad were at practice on Wednesday including spinner Jack Leech, who has suffered the longest from the flu bug.

Leech could come into contention as a spin option for England in the Newlands test.

"Fingers crossed we've beaten the illness. It was nice to have everyone here and training together today," said wicketkeeper Jos Buttler on Wednesday.

"We start the new year afresh. We've had a lot of things thrown at us since the start of the tour but we know it is no excuse for how we performed (in the first test)."