Latest - New Zealand sailor Josh Junior tops the leaderboard heading into the final day of racing at the Finn World Championships in Melbourne. 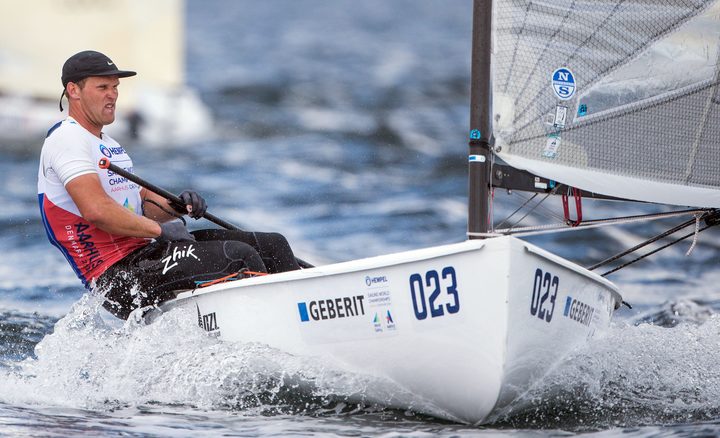 He will take a 16-point lead over Nicholas Heiner of the Netherlands into the double-points, top-10 medal race and needs only to finish in the top seven to become the first New Zealander to win the Finn class world title in the 63-year history of the event.

The 29-year-old also has enough of a lead over defending champion Zsombor Berecz of Hungary in third that the worst he can do is second.

Junior was thankful he had an excellent discard for his worst result of the week up his sleeve - his worst going into today was fifth - because he was 16th in today's first race sailed in a tricky offshore wind and then backed it up with an eighth. A third race had been scheduled but was abandoned as the wind refused to play ball.

Michael Hendry is the best placed New Zealand golfer midway through the Australian PGA championship on the Gold Coast.

Hendry is tied for fifth after carding a second round four under par 68 to be six under for the tournament, three shots behind the leader China's Yuan Yechun.

Nick Voke is the next best placed Kiwi in a tie for ninth, with Ryan Fox tied for 17th on three under par, six shots off the pace.

Yuan Yechun stormed to the top of the leaderboard with a seven-under-par 65, as local favourite Adam Scott lurked two strokes behind after the second round.

Yuan, who turned professional last year, mixed eight birdies and an eagle on the par-five ninth with three bogeys on the back nine at Royal Pines Resort for a nine-under 135 total midway through the $1.7 million event.

Pakistan are 57 without loss in their second innings at stumps on day two of the second cricket test against Sri Lanka in Karachi, with a lead of 23 runs.

Chandimal scored 74 and forged half-century partnerships with Dhananjaya de Silva and Dilruwan Perera to help Sri Lanka post 271 all out, a lead of 80, on the second day at Karachi's National Stadium.

Pakistan, bundled out for 191 in the first innings, cruised to 57 for no loss with openers Abid Ali (32) and Shan Masood (21) looking unperturbed against the Sri Lankan attack.

Earlier, Shaheen Afridi claimed his maiden five-wicket haul and Mohammad Abbas returned 4-55 to restrict Sri Lanka to a sub-300 total and keep the hosts alive in the contest.

Joe Denly registered a century and there was a first sight on tour of Ben Stokes as England closed the first day of their warm-up fixture against South Africa A on 337 for five at Willowmoore Park in Benoni.

Denly scored 103 on a placid pitch, to go with half-centuries for Ollie Pope (70 not out) and opener Rory Burns (56).

Stokes, who arrived late on tour after collecting his BBC Sports Personality of the Year Award, struck a breezy 47 from 65 balls to make a positive contribution with the bat.

Denly was eventually run-out, but followed up his unbeaten 60 in England's tour opener with another fine innings ahead of the first test that starts in Pretoria on Boxing Day.

Denly recovered from a bug that has taken hold in the dressing room and left bowlers Jofra Archer, Stuart Broad and Jack Leach yet to send down a delivery on tour just days out from the opening test.