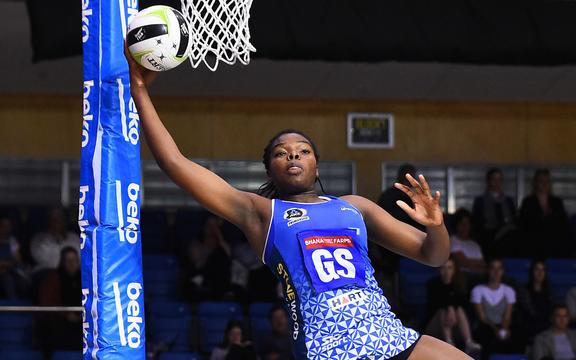 Once in the groove, the Mystics turned on an enterprising display to hold the edge over the WBOP Magic 49-42 while the highly-touted Magpies overpowered the Pulse with a forceful 54-40 win in the first semi final.

Spearheaded by ever-improving schoolgirl shooter Grace Nweke, three goals in the last minute of the first quarter helped the Mystics forge a four-goal buffer from which they didn't look back.

The Mystics well-versed defensive end of Sulu Fitzpatrick, Phoenix Karaka and Michaela Sokolich-Beatson, along with the dazzling skills provided by wing attack Elisapeta Toeava pushed the Mystics out to a handy 10-goal lead at the main break.

The Magpies got away to a flyer in a clinical opening stanza, before the Pulse clsed to within two at half time.

However, the Magpies slipped into overdrive during a rampant third quarter where veteran play-maker Natalie Medhurst dictated the course of action, backed up by the scoring prowess of player of the match, imposing 1.95m shooter Shimona Nelson, who slotted 40 goals from 43 attempts, athletic midcourter Ashleigh Brazill and classy goalkeeper Geva Mentor.

he former All Blacks prop Brian "Jazz" Muller, who was famed for trimming his hedges with his lawnmower, has died aged 77.

He represented Taranaki between 1963 and 1972 playing 65 games for the province.

Muller was famed for his strength, gaining notoriety for cutting the hedges on his property with with a lawnmower.

Dhananjaya de Silva remained unbeaten after completing his half-century as Sri Lanka reached 263 for six on the weather-hit second day of the opening test against Pakistan in Rawalpindi.

After bad light wiped out almost 22 overs of play on Wednesday when test cricket returned to Pakistan for the first time since a militant attack in 2009, it was the turn of rain to play spoilsport on Thursday.

A little over 18 overs of play was possible during the entire second day during which Sri Lanka lost Niroshan Dickwella for 33 to paceman Shaheen Afridi after resuming on 202 for five.

De Silva hit 11 fours to remain unbeaten on 72 with Dilruwan Perera not out on two when the umpires called off play for the day.

The two-match series marks Pakistan's first tests on home soil since the attack on Sri Lanka's team bus in Lahore a decade ago.

The International team took a 4-1 lead over the United States after the opening-day fourballs in the Presidents Cup at Royal Melbourne in Australia. 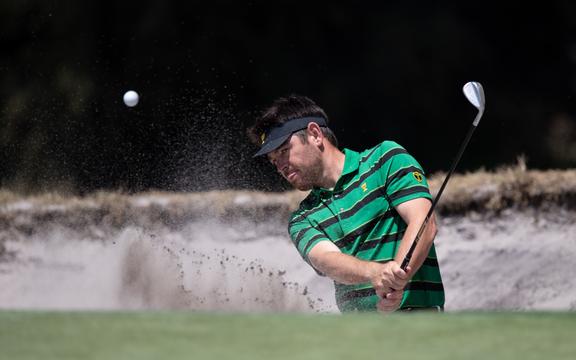 US playing captain Tiger Woods and Justin Thomas secured their side's only point as they beat Marc Leishman and Joaquin Niemann 4&3.

"This is an unbelievable start," said International captain Ernie Els.

The win by Woods and Thomas over Australian Leishman and Chile debutant Niemann put the first point on the board but it was downhill from there for the US side.

South Africa's Oosthuizen and Mexico's Ancer, who was also making his debut, made it 1-1 before home favourite Adam Scott and South Korea's An Byeong-hun put the Internationals ahead with a 2&1 win over Bryson DeChambeau and Tony Finau.

Canada's Adam Hadwin and South Korean Im Sung-jae extended the lead when they earned a hard-fought 1-up victory against Xander Schauffele and Patrick Cantlay.

Patrick Reed, who was heckled by the crowd around the first tee following the controversy of his rule break at the Hero World Challenge last Friday, missed a long putt on the 18th as he and Webb Simpson lost to Japan's Hideki Matsuyama and CT Pan of Chinese Taipei.

Tuatara beaten by Bandits in opener

The defending champion Brisbane Bandits have edged the Auckland Tuatara 4-2 in a home run fest to start their Australian Baseball League series in Brisbane.

Starter Kyle Glogoski turned in his sharpest performance of the season so far - firing five innings, conceding three runs on three hits (all solo home runs) while striking out seven.

Paris surfing to be in Tahiti

The surfing competition at the Paris 2024 Olympics could take place 15,000km away from the French capital in Tahiti under a proposal backed by the International Surfing Association.

The French Polynesian island in the Pacific Ocean is the preferred option, beating off rival bids from Biarritz, Lacanau, Les Landes and La Torche, all on the French mainland.

Final approval from the International Olympic Committee is still required for the radical move, which would represent the longest distance between an event and the host city at any Olympic Games.

Next year will see surfing's Olympic debut at the Tokyo Games. The surfing events will take place on four days within an eight-day window at Shidashita Beach, 60km north of Tokyo.

Lewis Hamilton and Ferrari chairman John Elkann have met socially but talk of a move for the six times Formula One world champion is premature, according to chief executive Louis Camilleri.

Ferrari had previously not confirmed the meetings, while not denying them either.

"I think it has been public that Lewis has had conversations with our chairman," Camilleri told reporters invited to a lunch at the Italian team's Maranello factory.

Italian media have reported Hamilton twice met Elkann this year, triggering speculation that the 34-year-old Briton could move to glamour team Ferrari once his Mercedes contract expires at the end of 2020.

Ferrari will launch their new Formula One car on Feb 11 and expect it to have less outright speed than this year's but be better equipped to take the fight to champions Mercedes after a disappointing 2019.

Team boss Mattia Binotto told reporters at the Maranello factory that Ferrari were aiming to put a lot more aerodynamic downforce on the as-yet unnamed 2020 car.

The sport's oldest, most glamorous and successful team have not won a drivers' title since Finnish driver Kimi Raikkonen was champion in 2007.

Binotto said the new chassis was going through crash tests while developments continued in the wind tunnel, with a few more sessions to run before finalising the package for initial Barcelona testing in February.

Ferrari started 2019 as favourites after setting impressive times in testing but failed to live up to expectations.

Mercedes won both titles for an unprecedented sixth year in succession while Lewis Hamilton, who ended the year as a six times world champion, won 11 of 21 races.