Opinion - Wake me up when the interviews are over. 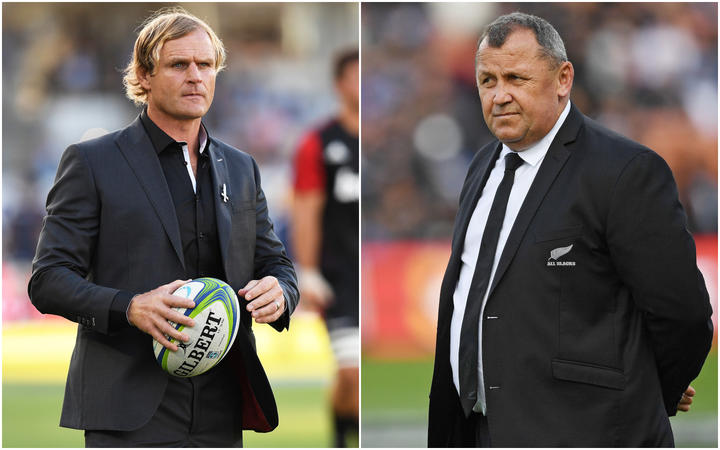 Scott Robertson and Ian Foster are the two remaining candidates for the All Blacks head coach job. Photo: Photosport

Really and truly, is there anything less relevant than the aspiring All Blacks head coaches fronting a selection panel?

If the process is truly that superficial then New Zealand Rugby (NZR) is in greater strife than we realised.

By all means have a panel. And, better still, have that panel do forensic background checks on the applicants and their intended support staffs. Study video, talk to a cast of thousands, but please don't place any significance on what's said or done in an interview.

The race to be the next All Blacks coach is seemingly down to just two horses. That's a shame.

Surely this is one of the plummest roles in world sport and yet the best candidates NZR can rustle up are Ian Foster and Scott Robertson? It would be nice to think they could do better than that.

We've got two establishment figures, two products of the NZR pathway. Robertson's regarded as more leftfield than Foster, but you're still talking about guys whose coaching experience is limited to this country.

Men who might have provided a bit of perspective, such as Dave Rennie, Jamie Joseph, Joe Schmidt and Pat Lam, were all content to make other plans.

Imagine them, and others, being part of this process. How much more robust, broad and contestable might it have felt compared to the cosy in-house situation we seem to have been left with.

How much could NZR gain from convincing complete outsiders like Eddie Jones or Rassie Erasmus to be involved? It would certainly give you more confidence in the man who ultimately emerged successful.

As this year's Rugby World Cup showed, it's not as if New Zealand have a mortgage on good rugby ideas.

Not that you'd know from this recruitment drive. No, Foster's reward for failing to combat the British and Irish Lions' defence in 2017, then England at the world cup, could be a promotion.

Never mind competence, moving Foster up from assistant to head coach would represent continuity. And, hey, NZR stumbled onto that idea once and now seem wedded to it.

Who knows why Graham Henry, Wayne Smith and Steve Hansen were reappointed after the 2007 Rugby World Cup. They probably shouldn't have been but, just because the team didn't choke on home soil four years later, doesn't mean every other head coach that follows has to come from within. 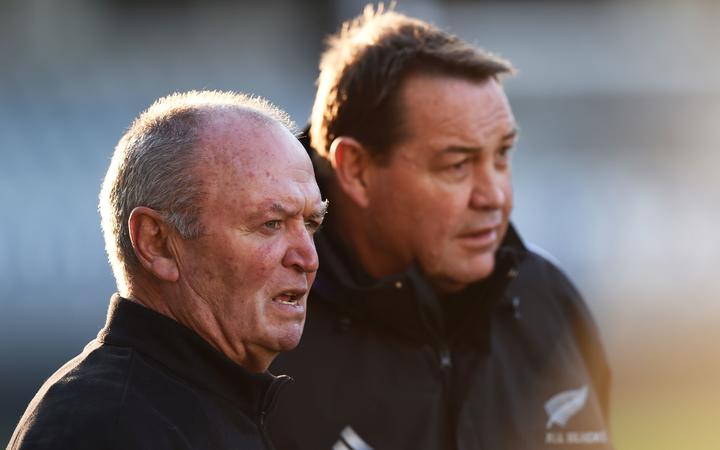 Graham Henry and Steve Hansen, along with Wayne Smith, shouldn't have been reappointed to their roles after the 2007 Rugby World Cup, according to Hamish Bidwell. Photo: Photosport

Let's be absolutely honest about this: if it weren't for the continuity card, Foster would have nothing up his sleeve.

At least Robertson has won. With Canterbury, with the New Zealand under-20 team and with the Crusaders. Admittedly Canterbury were a juggernaut when he took over, but not the other two.

The Crusaders, for instance, were old and stale. Import Nemani Nadolo was about the only attacking weapon under Todd Blackadder, but where do you even begin to try and stop Robertson's Crusaders?

Three Super Rugby titles in as many years suggests no-one's quite found the answer to that.

Robertson will be an All Blacks coach one day, and probably a fine one. You'd just like to see him struggle here and there first and maybe try coaching somewhere beyond Christchurch.

It's these types of things that should inform NZR's selection panel. Not how someone speaks in an interview or how well they answer a trick question or how good their slide show is.

After all, being All Blacks head coach is quite a big job.