Concerns about the Boxing Day Test involving the Black Caps are growing after Cricket Australia (CA) confirmed the abandonement of a domestic four-day match at the Melbourne Cricket Ground. 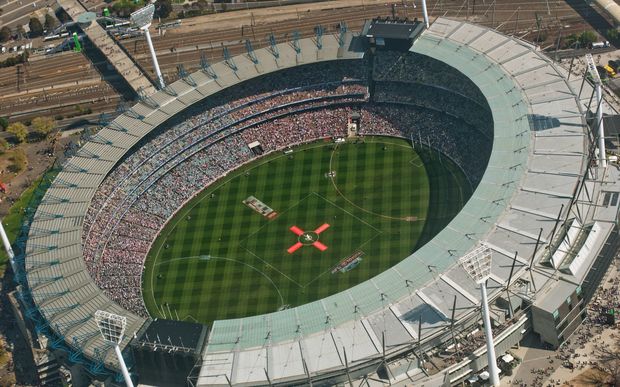 The MCG is often referred to by locals as "The G". Photo: CC: Alexander Sheko

Play was suspended in the match between Victoria and Western Australia at the famous venue on Saturday with after a series of deliveries rose steeply from the pitch and struck batsmen.

The pitch was rolled in the interests of player safety but, after a subsequent inspection, play was abandoned for the day.

Today, CA confirmed the match had been abandoned entirely, raising further questions about the upcoming Test between New Zealand and Australia.

An earlier statement from CA on Saturday had moved to allay fears relating to the Boxing Day Test.

"There have been two previous Shield matches at the MCG this season without incident," Roach said.

"Matt Page and the MCG groundstaff have more than two weeks to ensure the Test surface, which is a different pitch strip to the one being used in this match, is of international standard.

"We will seek to better understand the issues that resulted in variable bounce at the MCG on Saturday. We will also work closely with MCG groundstaff in the lead up to the Test match."

The match is the second of three in the series which starts when the first Test, a pink-ball clash, gets underway in Perth on Thursday.