Some of the world's top track cyclists are in Cambridge over the next three days competing in the fourth round of the Track Cycling World Cup. 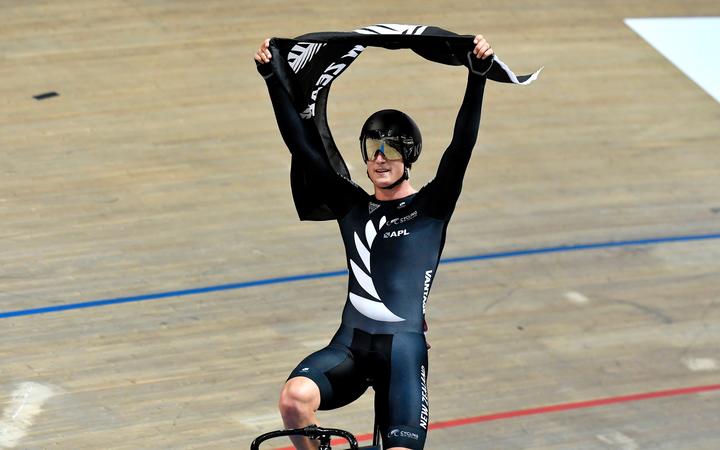 Five-hundred riders from 44 countries are taking part, all with an eye on doing their best to help qualify for next year's Olympic Games in Tokyo.

The Cambridge event comes just a week after riders competed in round three in Hong Kong, with mixed results.

Campbell Stewart, 21, rode into the velodrome on Thursday wearing the distinctive rainbow jersey, with the five-colours of the Olympic movement, showing he is a world champion.

He took the title in the Omnium event in Hong Kong.

''It's an awesome feeling to be able to put on the rainbow bands that I am wearing today and to be back in the velodrome and ready to go with another week of racing in Cambridge.''

The men's omnium race is the pentathlon of cycling where each competitor rides in five events - 200m flying time trial, 5km scratch race, 3km individual pursuit, 15km points race and a 1km time trial - all of which must be completed.

''It's a bit of a complicated event but it kind of show cases a whole range of abilities from sprinting to endurance riding and it is really brings the best out of most people.''

Stewart will be riding in the Omnium and the Madison in Cambridge.

The Madison involves each team completing more laps than any of the other teams. Riders in each team alternate during the race, handing over to the other member, resting, and then returning to the race.

He said the Omnium has been condensed into a four hour session - four events in just over four hours.

''Very demanding on the body and definitely takes a lot out of you.''

Webster said it came down to a failure of execution of the team plan on the day.

''I didn't get my split faster enough and get the team up to speed and that has quite a profound effect through out the whole ride, so it's something I am looking to execute better here and then be able to do my role at a higher level.'' 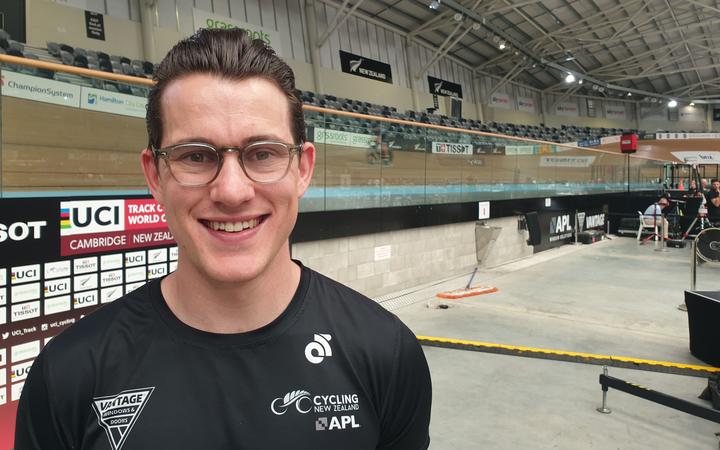 Webster said there would be plenty of stiff competition in Cambridge.

''The Dutch team haven't made the trip down but the French are here, the Australians are here, the Japanese are on some good form. There's a whole host of nations that are here and are going to be strong.''

Campbell Stewart adds Denmark and Great Britain to the mix.

Webster said the men's sprint team was taking its fourth placing in Hong Kong in its stride and using it as motivation in Cambridge.

''In Hong Kong we were reminded again where the world standard is and that is something we need to absolutely push forward to get to and we hope to exceed come Tokyo.''

The Cambridge velodrome is the home track for the New Zealand riders and Stewart is hoping to make the most of that advantage.

''This crowd is just crazy, you can pretty much feel it pushing you around the track," he said.

"Training here each day I get to sleep in my own bed, we come to the track, a track we are familiar with and while I haven't been on it since I got back from Hong Kong I know exactly what it is like, so made the prep for it pretty easy and especially for the team pursuit guys.

"They will be able to dial in the lines, and they should be able to lay down a pretty good performance out there.'' 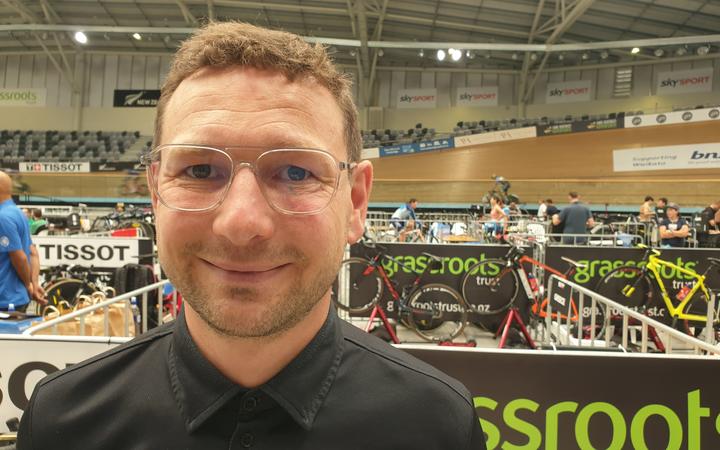 Other New Zealanders taking part in the Track Cycling World Cup include the women's pursuit team which won gold in Hong Kong.

Ally Wollaston, Nicole Shields, Emily Shearman and Michaela Drummond beat Belgium in the final, after trailing for most of the race.

Teams qualify for Tokyo through rankings obtained at the world cup championship, of which there are six rounds, including Cambridge.

New Zealand's head sprint coach René Wolff, whose been in the role just a year, says teams are still fighting hard for their spot at next year's Olympics, but the pressure will be on to do well in Cambridge.

''It's a home world cup (event) so there is always pressure on to do well and the riders want to do really well in front of a home crowd.''

He said a home event helped but at the same time adds to the pressure.

''It is not often for us that we perform in front of families and friends and our own community.''

Racing starts at the Avantidrome near Cambridge at 11am on Friday, running through into the evening with the same schedule on Saturday and Sunday.

Riders then head to Brisbane for the final round in the track cycling world cup series.