A gritty unbeaten ninth-wicket stand between Will Somerville and Ajaz Patel for New Zealand A has held England at bay on the final day of their three-day warm-up match in Whangarei. 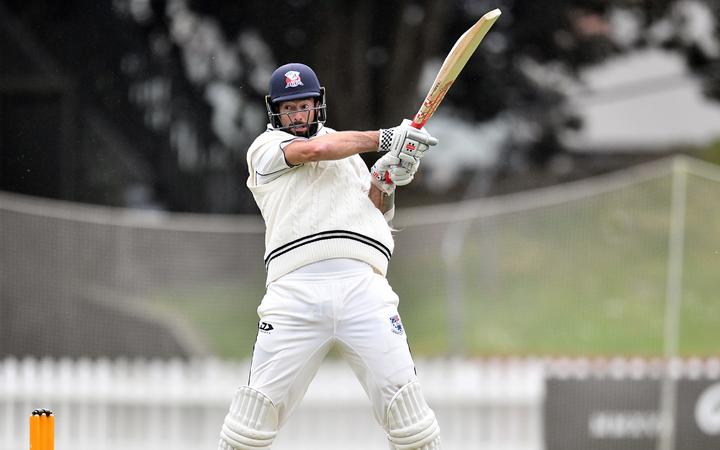 England had earlier battled to 405 all out in reply to New Zealand A's first innings of 302-6 declared, Jos Buttler's 110 anchoring the innings with valuable support from Ollie Pope (88) and Joe Denly (68).

Scott Kuggeleijn returned the best figures for New Zealand A with 3-46, with Blair Tickner (2-63) and Daryl Mitchell (2-34) also chipping in.

New Zealand A struggled in reply, losing opener Tim Seifert without scoring and Rachin Ravindra for 22 as Jofra Archer wreaked early havoc with the new ball.

First innings centurion Glenn Phillips managed 36, and Jimmy Neesham nine to leave the New Zealanders 86-4. The wickets continued to fall regularly, until Somerville and Patel came together at 129-8.

Somerville's patient 32 off 87 balls and Patel's 10 off 67 saw New Zealand A through 169-8 as stumps were drawn early and the match drawn.

Archer led the English bowlers with 3-34, with Sam Curran contributing 3-42.

The first Test against the Black Caps begins on Thursday at Bay Oval in Mount Maunganui.