The All Whites have been beaten 1-0 by Lithuania in their football friendly in Vilnuis after the home side scored just before half-time. 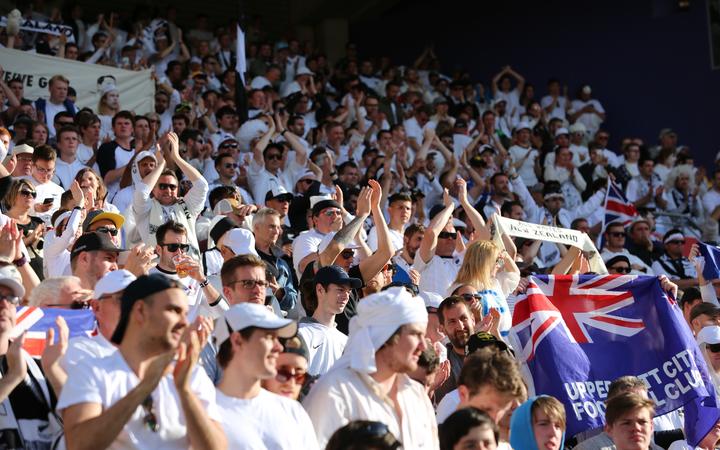 The All Whites started a largely second string side with Tommy Smith captaining the side.

They were without English Premier League players Winston Reid and Chris Wood as well as Dutch top tier player Ryan Thomas for the All Whites' game.

It was just the second outing in charge for Danny Hay, who had made clear before the two-match tour that the outcome of either game was of little relevance.

Hay's main focus has been on laying the foundations of a clear playing style and beginning to foster a strong team culture.

Hay stuck to his pre-determined intention to make eleven changes from the Ireland game, which the All Whites lost 3-1 in Dublin on Friday.

That brought a debut for James McGarry at left-back while Elliot Collier came in up front to make the first start of his international career.

Hay introduced two more newcomers just past the hour as Max Mata and Nando Pijnaker both entered the fray, taking the tour's tally of debutants to seven.

But Lithuania were able to deal with whatever the All Whites threw at them as they celebrated a first win since March of 2018. Hay can meanwhile reflect on being able to give opportunities to all 24 members of his squad as he looks to assess the talent at his disposal ahead of plotting New Zealand's path to the 2022 FIFA World Cup.

"I thought we came up against a particularly match-hardened team today who were really hungry and desperate to pick up a win," Hay said.

"But there were aspects of today's performance that were positive, I thought Marco Rojas at times really showed his quality and Bill Tuiloma was outstanding as well. The whole idea was to give everybody a really good opportunity and see whether they were a good fit in terms of character and mentality, ability on the pitch and the way we want to play," he added.

"I think we'll come out of this with a very clear idea of how to move forward."

It was the first time in New Zealand's footballing history that four players whose fathers were also All Whites had taken the field together - McGarry, Alex Rufer, Matt Ridenton and Andre de Jong following in the footsteps of Mike, Shane, Michael and Fred.