South Africa are Rugby World Cup champions for the third time after beating England 32-12 in the 2019 final in Yokohama. 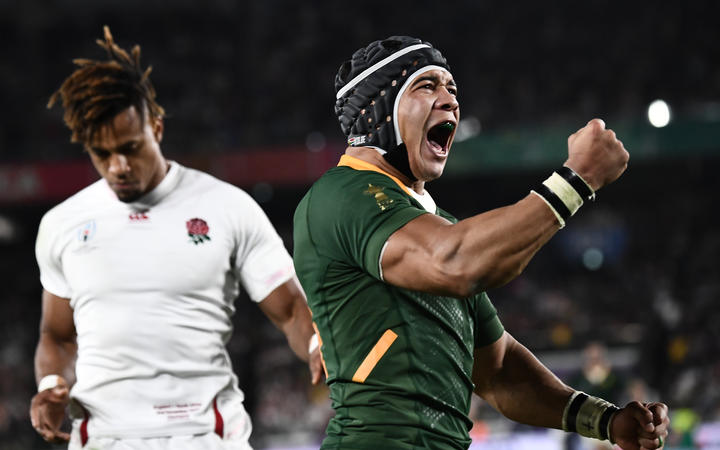 Superb game management, set piece dominance, brutal defence and almost flawless place-kicking looked like being enough to see off an England side that had dismantled the double defending champion All Blacks in the semi-finals last week.

Mapimpi has been in prolific form this year, however, and he showed the South Africans can play a bit with ball in hand too when he finished off a try created by his own chip-through in the 66th minute.

Kolbe added the second try eight minutes later, skipping past the tackle of Owen Farrell on the wing and racing away to touch down to the delight of the South Africans in the crowd of 70,103.

No 10 Handre Pollard had already given the South Africans a clear lead from six penalties and he added the two conversions to take his match tally to 22. 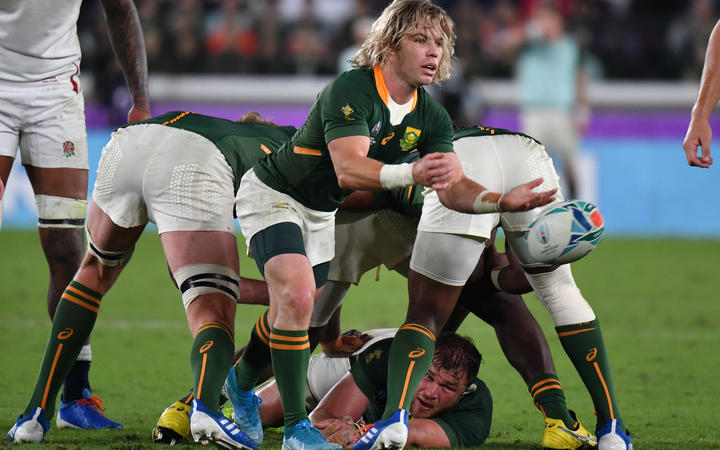 While tactics were as traditional as the dark green Springbok shirt, the team was far more representative of a multi-racial nation than those of 1995 and 2007, and Siya Kolisi is the first black captain to lift the Webb Ellis Cup.

England came into the match with huge expectations after the New Zealand win, but only offered flashes of the brilliant all-pitch game which undid the All Blacks last week.

Head coach Eddie Jones, who was in charge of Australia when England won their only World Cup in 2003, becomes the first coach to lose two finals.

Farrell kicked four penalties for England but they were chasing the match all evening and hanging on doggedly trying to contain the rampant Springboks by the end. 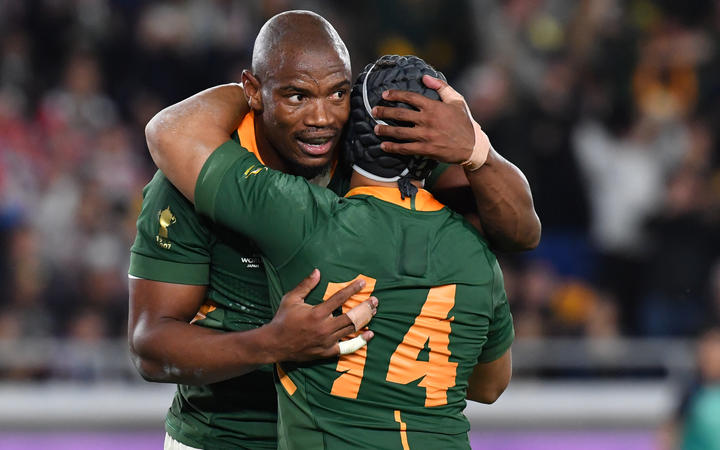 The English suffered a huge blow when prop Kyle Sinckler went off with concussion in the third minute leaving their scrum all but uncompetitive against the Springbok pack.

South Africa made the most of the weakness, winning a string of scrum penalties and building a foundation that enabled their wingers to seal the victory in the last 15 minutes.

The Springboks became the first team to lose a pool match at a World Cup and go on to win it, having lost to the All Blacks in their tournament opener at the same Yokohama International Stadium. 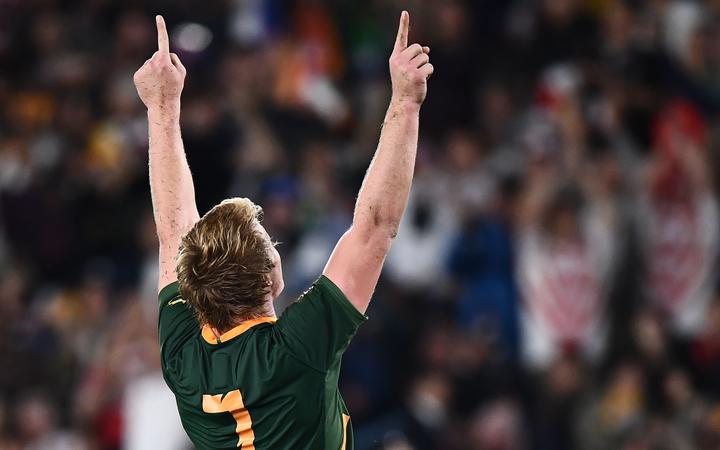