Stung by last week's heavy loss to Australia, the Kiwis will take a sharpened focus into Saturday's rugby league test against the Great Britain Lions. 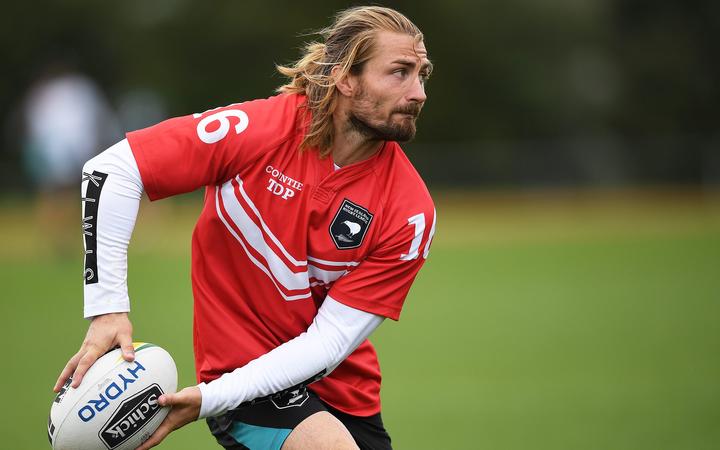 Utility Charnze Nicoll-Klokstad scored New Zealand's sole try in the 26-4 demolition, the Kangaroos running in four tries in a team which has just 94 tests between them to the Kiwis' 186.

Kiwis playmaker Shaun Johnson, a regular in the Kiwis side since 2013, had a nightmare game, and has been replaced in the line-up by Kieran Foran, who will partner captain Benji Marshall in the halves.

Skipper Marshall says he's been happy with the way his combination with Foran has developed this week.

"What I like about Kieran is he's so determined on every play," Marshall said.

"He does all the little things - kick-chase, strong defender, and we complement the way each other plays."

"He 's a halfback that wants to dive deep into the line - he plays tough, and he does all the little things so I'm really looking forward to seeing him play."

"We're a lot more focused I think, going into this game," he said.

"We were disappointed in the game last week, so now it's all about going into the next gear."

In the only other change, Joseph Tapine returns from a one-game suspension following the Canberra Raiders' NRL Grand Final loss, and will replace Braden Hamlin-Uele.

The Lions are also coming off a disappointing loss, beaten 14-6 by Tonga in Hamilton last week.

Coach Wayne Bennett has made three changes, recalling Jake Connor while Joe Philbin and Daryl Clark have also been named.

Lions captain James Graham says his team will have to move on quickly from the Tonga loss.

"We're obviously disappointed with the result, but Tonga, I thought they were outstanding," he said.

"It's always going to be a tough game against New Zealand - they're quality opposition, quality players and we're going to have to be close to our best to be competitive with them."