Warren Gatland said it would break his heart if the progress made in his 12 years as Wales coach was squandered and the nation slid back into the rugby doldrums. 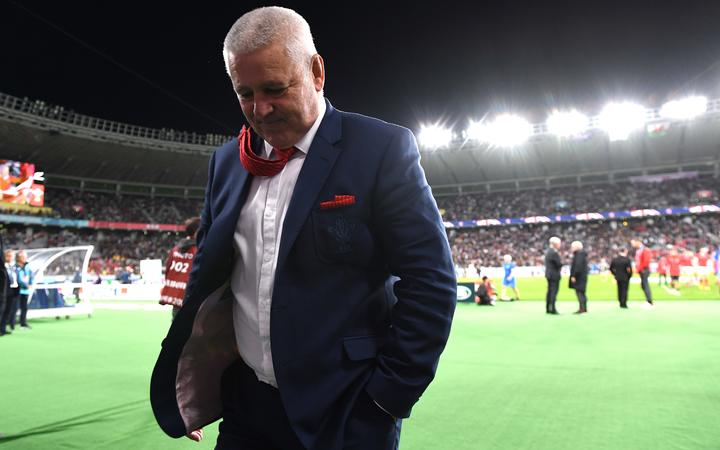 The 56-year-old signed off as the most successful ever coach of the Welsh after the Rugby World Cup third place playoff, his team coming up well short in their bid to end a 66-year losing streak against the All Blacks.

Wales have, however, topped the world rankings, had four Six Nations triumphs - including three Grand Slams - and twice reached the World Cup semi-finals since the New Zealander took over in December 2007.

"I'd already gone through that process, realising it was my last game and trying not to be emotional about it," he said of his feelings after his final game in charge.

"I really hope what we've achieved over the last 10 to 12 years, what we've done to restore the respect back into Wales as an international team, I hope the new coaching team come in and build on that.

"After what we've done, what we've achieved, it would break my heart if Wales went back into the doldrums."

Gatland said the quick turnaround after a bruising semi-final defeat to South Africa last Sunday had probably proved too much for his injury-depleted squad in the 40-17 loss to New Zealand at Tokyo Stadium.

Overall though, he said his players' behaviour had been exemplary in Japan and their attitude had made them a pleasure to coach.

"If you ask them to run through a brick wall, their first question is 'what do you want us to do when we get to the other side?'," he said.

"As such a small playing nation, we have to work harder. We don't have as many players as other countries do so we really have to ring the sponge dry as much as we can." 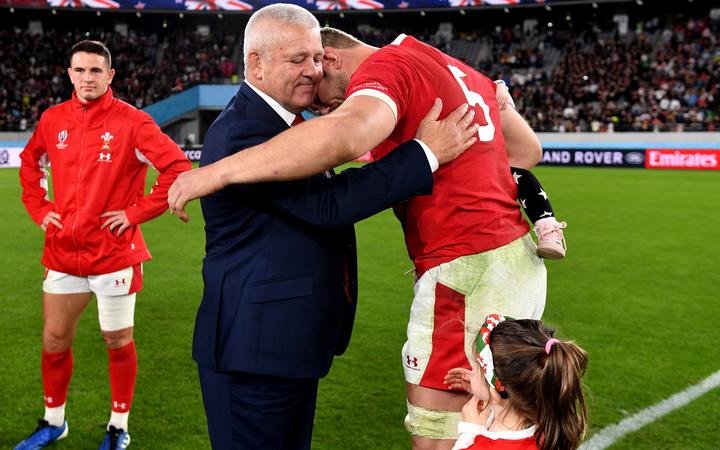 Gatland will be replaced by fellow New Zealander Wayne Pivac after the World Cup and head back to his hometown of Hamilton to coach Super Rugby side the Chiefs.

"There's an opportunity for the new group to come in and build on what we've created," he added.

"I just want to continue to see these boys be as successful as they possibly can."

Captain Alun Wyn Jones said Gatland's success as Wales coach had been far wider reaching than just what had happened on the pitch.

"His success is unrivalled, Grand Slams and semi-finals of the World Cup speak for themselves," he said.

"He's re-established Welsh rugby. As a player you sometimes get focused on the rugby and not who you are.

"He and the coaching staff have re-established that. I think that's a massive thing, not only for the players to build on but it gives the country and nation so much pride."

Gatland, who leads his third British and Irish Lions touring squad in 2021, will be on the other side of the coaching fence when he takes charge of the Barbarians against Wales in Cardiff at the end of November.

"Hopefully it gives me a chance to thank the Welsh public and express how much I've enjoyed the last 12 years," he said.