Analysis - Throughout her career the ethereal Maria Folau has shot a netball like no other and turned the heads of the sports' most apathetic observers. 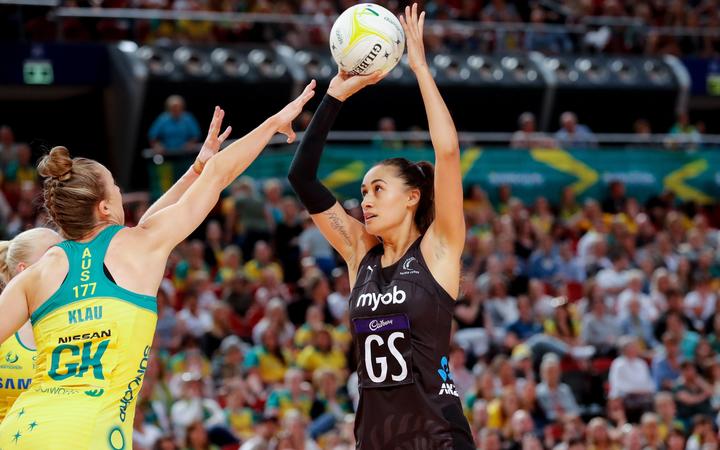 All signs yesterday pointed to the pending retirement of Folau, when captain Laura Langman held back tears as she thanked her for her service after her 150th Test.

New Zealand couldn't wrestle the Constellation Cup off the Australians but Folau's performances across the series underpinned her value to the side since her debut in 2005 as an 18-year-old.

In a sport that doesn't have the slam dunks or alley-oops of basketball, Folau managed to bring a new dynamism to shooting within the confines of netball's more conservative rules.

It wasn't just that Folau shot goals from a long way out, it was the trigger release, the trajectory, the swish when it hit the net and yeah she made a stationary shot look cool.

Her gracefulness around the court belied the strength she possessed to take knock after knock to protect the ball from a swathe of attacks, while her mental strength truly came to the fore this year.

Silver Ferns coach Noeline Taurua said last night the 32-year-old would go down as one of the greatest shooters of her generation.

"She's one of a million in regards to her style and her shooting prowess and I think you get to that stage where people can name legends of the game and I feel she is one of them," said Taurua.

A career in two parts

In many respects Folau's Silver Ferns career can be defined in two parts - the Irene van Dyk years and the period after that.

Folau and van Dyk were perfect compliments to each other. Van Dyk the classic holding shooter would put up a high volume of shots and enjoyed top accuracy.

That allowed Folau to play her natural goal attack position with some level of freedom. 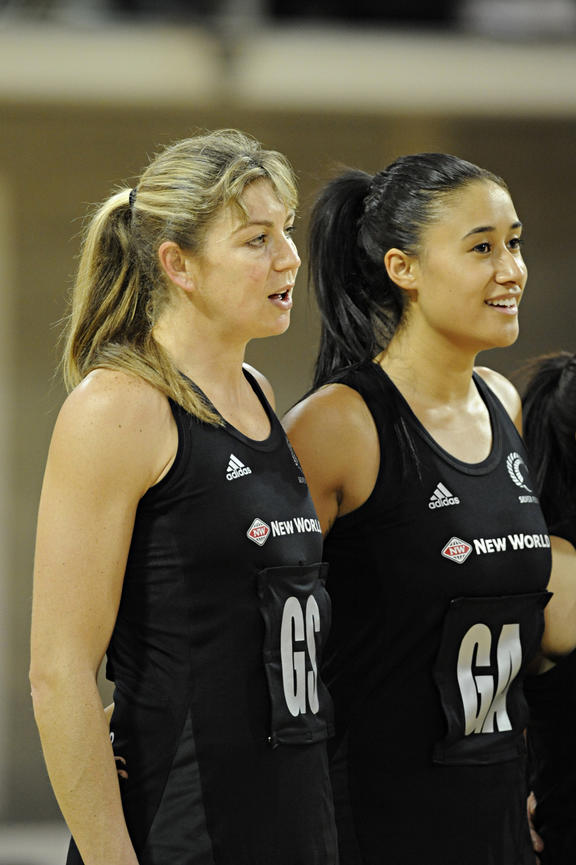 Still, Folau was forced on plenty of occasions to put up game winning shots for the Silver Ferns. One obvious highlight is the double overtime victory over Australia at the 2010 Commonwealth Games in Delhi when Folau's shot finally broke the deadlock.

When van Dyk retired in 2014, Bailey Mes emerged as her next shooting partner and the early signs were exciting.

At the 2015 World Cup Mes impressed with her ability to catch miracle balls, her athleticism and rebounding skills but her shooting accuracy and volume were inconsistent and Folau had to take on a lot of the shooting load.

It was an unorthodox combination but they just about pulled it off.

After upsetting Australia in pool play, the Silver Ferns fell short by three goals in the final in Sydney.

In the period that followed Mes and Folau had moments of sheer brilliance but there was inconsistency.

That probably wasn't helped by an inexperienced mid-court when Laura Langman was cast into the wilderness after she took up a contract in Australia.

Tutaia also sat out most of 2016's international season with a foot injury.

The true potential of the Folau-Mes combination was probably never fully realised.

Folau owned the goal attack position for a decade before the former Silver Ferns' coach Janine Southby first experimented with her at goal shoot in 2017.

The New Zealand shooters were struggling and Folau's entry into the circle was getting predictable at times.

By the time the 2018 Commonwealth Games came around Folau found herself in either position, with a rotation of three other shooters, and was putting up the bulk of the shots.

When current Silver Ferns coach Noeline Taurua was appointed in August last year in the wake of the Commonwealth Games failure, it may have been in the nick of time.

Folau was probably jaded after carrying the Silver Ferns' shooting hopes on her shoulders and things were starting to unravel in her personal life.

Folau was the first Silver Fern to really embrace the 'celebrity culture' or whatever that means and later learned about the drawbacks that can come with putting oneself out there.

Folau slammed a women's magazine over a story it wrote about her engagement to Wallabies star Israel Folau in 2016. 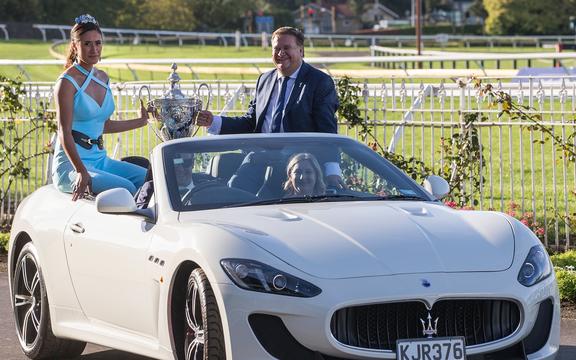 Maria Tutaia with the Auckland Cup at Ellerslie Racecourse 2017. The netballer used to be a regular at social engagements. Photo: Photosport

The magazine used photos taken from previous interviews with Folau.

Folau wrote on Instagram of her disbelief that after working with the magazine for years that it would ignore requests that the couple wanted to keep things private.

Somehow Folau couldn't believe the magazine would 'make up a story' stuck together with old photos to sell their rag, despite it being what women's magazines do all the time.

Folau learnt that there are times when it's better to say nothing.

As Folau began her season at the Adelaide Thunderbirds earlier this year, her husband, Israel, was embroiled in controversy after making anti-gay posts on Instagram, which prompted Rugby Australia to terminate his contract.

The media attention came to a climax a month out from the Netball World Cup when Israel launched an unfair dismissal case against rugby's governing body.

Folau has largely remained silent and her say nothing approach was the best one. If she had said anything, no matter what it was, it would have opened up a whole can of worms for herself and Netball New Zealand and become a distraction.

Others had plenty to say about her. Strangers took the time to write messages on her Instagram account to let her know how they felt. "No Folau in Liverpool for the world cup, MARIA STAY AWAY," wrote one.

The mental strength of Folau

The diplomatic Taurua was able to navigate the controversy around Maria Folau heading into the World Cup.

Taurua's priority was winning the World Cup and she knew she needed Folau to do that. The team dealt with it internally, put aside any personally differences and got on with their common goal.

Folau's performance in Liverpool was her crowning glory where she continued to mature into the goal shoot role. 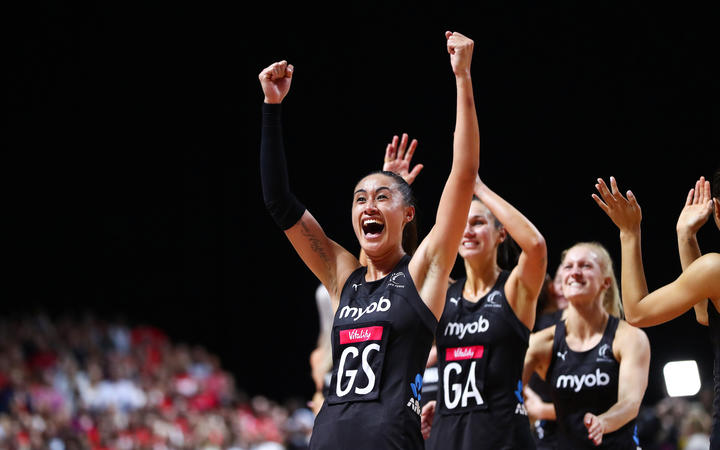 Maria Folau and team-mates react after winning the Netball World Cup with a 52-51 victory over Australia in the final. Photo: Photosport / AFP

Her shooting accuracy in clutch moments was sublime, especially at a time when there was such hostility around her personal life.

In the post Irene van Dyk era Folau had finally found a shooting partner in Ameliaranne Ekenasio, who together could beat the Australians on a regular basis.

In many ways that partnership with Ekenasio has been the catalyst for the success of the team but sadly for the Silver Ferns it looks like it's coming to an end.

Australian coach Lisa Alexander recently said Folau had matured as a netballer and applauded her discipline and mental strength at the World Cup, where she finally completed her CV with a gold medal.

During the Constellation Cup Folau's wide stance cut a familiar sight as she shielded the low bounce pass ball from the long rangy arms of Australian defenders as she has on countless occasions.

She continued to turn and slot goals with the satisfaction of a pinball machine.

A couple of years ago Folau and her fans probably never imagined her last game for New Zealand would be devoid of any fanfare but she became wary of engaging with a public in which some had become inhospitable towards her.

If that was her final game in the black dress she did what she did her entire career - shot from all around the circle, hardly broke a sweat, and kept her cool.