Tiger Woods has equalled Sam Snead's record of 82 PGA Tour title victories with a three-shot win at the Zozo Championship in Japan. 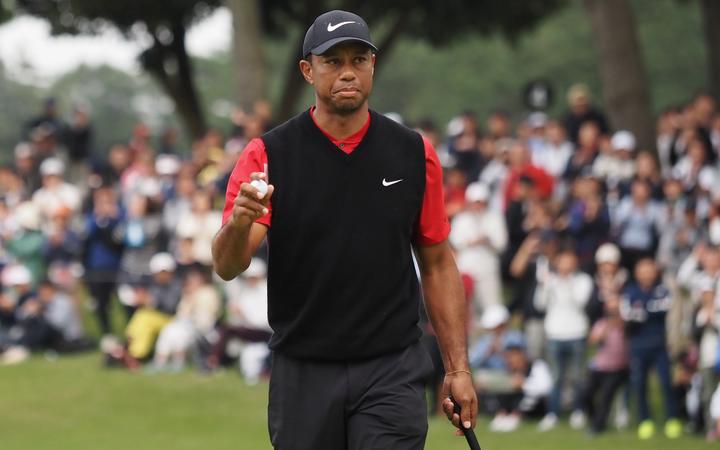 Tiger Woods during the fourth round of the PGA Zozo Championship golf tournament at the Narashino Country Club. Photo: AFP

It was not exactly smooth sailing for Woods, but in the end his closing three-under-par 67 was enough to hold off a challenge from local hope Hideki Matsuyama at Narashino Country Club in the first PGA Tour event played in Japan.

Woods, who had to play seven holes on Monday in the weather-affected event, finished at 19-under 261 in his first tournament since undergoing arthroscopic left knee surgery two months ago.

Snead was 52 years old when he recorded his final tour victory in Greensboro, North Carolina in 1965 - nine years older than Woods' current age.

After his impressive win, the 43-year-old Woods hinted that he would select himself next week when he makes his four United States team picks for the Presidents Cup, to be played in Melbourne in December.

New Zealand golfer Danny Lee finished tied for 10th and 9-under for the tournament.