Opinion: If you are a serious rugby fan, there's this feeling you get when you realise the All Blacks are going to lose a test. 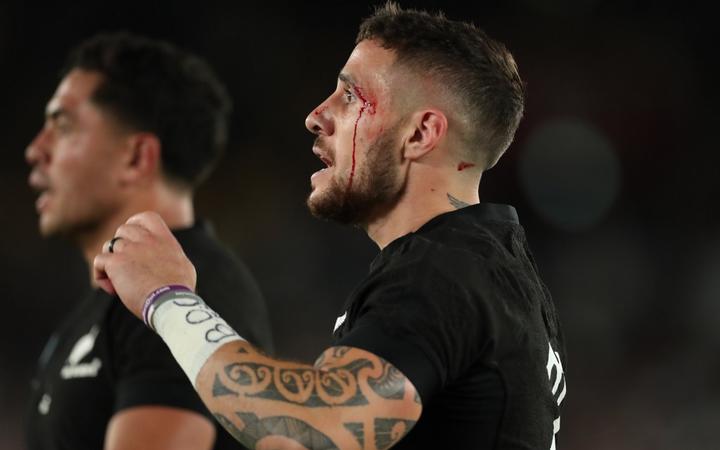 It starts in the pit of your stomach and works its way up. It moves down your arms and makes your hands reach up and attach themselves to your head, or cover your face. It makes you stamp your feet when the ball is dropped yet again, saps your sense of humour and renders you silent. Most of all, it wraps around your heart and slowly crushes you.

The thing is, usually that happens with around 10 minutes to go or even later. Earlier this year in Perth, it was at halftime. But last night, well you could feel it brewing down there from the second minute of play.

Yokohama Stadium was packed for the World Cup semi final. This is where the All Blacks wanted to be in a week's time, maybe that's where their minds were. England encircled the haka, pulled a swifty when it came to the kickoff, ripped into their work and found themselves 7-0 up after only a minute and a half. It was unbelievable to watch, mainly because I'd seen it happen before almost a year ago at Twickenham. That day, the English found themselves up 15-0 after as many minutes, but almost couldn't believe it themselves and let the All Blacks grind their way back into the game and ultimately win 16-15.

The more I think about it, the more I think it was one of the most iconic All Black performances of recent times. It's probably fair that Eddie Jones did too, even though the performance of his under-fire England team that day probably saved his job. Yes, you read that right - this time last year the English were in a serious amount of disarray after a terrible Six Nations and series loss to the Springboks. It's amazing what can be achieved in just a year.

Plenty has changed with the All Blacks, too. The only try scorer on that grey London day was Damian McKenzie, whose last act on a rugby field this season was when he was getting assisted from the field when the Chiefs played the Blues. It's become clear just how serious the implications of that torn knee ligament injury has been, because it meant that Steve Hansen had to shift Beauden Barrett out of first five and back to fullback to create a new two-headed monster on attack. It took a while to get right, but probably needed a full season more to get perfect. Jones knew this, attacked it and exploited it.

Barrett spent all night going backwards and it was hard to watch. Mo'unga spent a lot of his time trying to get away from Sam Underhill and Tom Curry - and that was equally uncomfortable. Underhill was the man who had his try last year (that would've won the game) at Twickenham rubbed out by a TMO decision, so for him to play such a brutal and effective role in the win would've been extra sweet.

In fact, there were a few more Englishmen that had a bit of unfinished business. There were plenty of British Lions in that team from 2017, so they would've had the memory in the back of their minds of the third test at Eden Park and how it slipped out of their grasp.

Up in the media box at Yokohama Stadium, the feeling that the All Blacks were in serious trouble spread quickly last night. We were tightly packed into rows in the upper deck with a fantastic view of the field, a bunch of people used to seeing a dominant performance like this.

Eddie Jones had first insulted us, then flattered us in English press conferences. He succeeded in killing us with kindness, then folded his arms and deflected everything thrown at him.

The hardest bit to take for pretty much everyone is that Jones's plan worked. There was no point, including the haka, that the All Blacks were in this test. It was a hard, painful watch. By halftime the feeling that we all felt about the All Blacks was well gone. It was replaced by that one down below, the one that makes you feel sick.

This was the most comprehensive victory, ever, by a team playing the All Blacks. Just let that sink in. There were no massive turning points, no dodgy refereeing decisions (it took about half an hour for England to even be awarded a penalty), no outrageous French miracle. This was like an 80 minute beating.

And now we have to listen to the English talk about it forever.