Jack Goodhue says his much-maligned mullet is staying, no matter how many times his All Blacks team mates, coaches or the media tell him it is out of fashion. 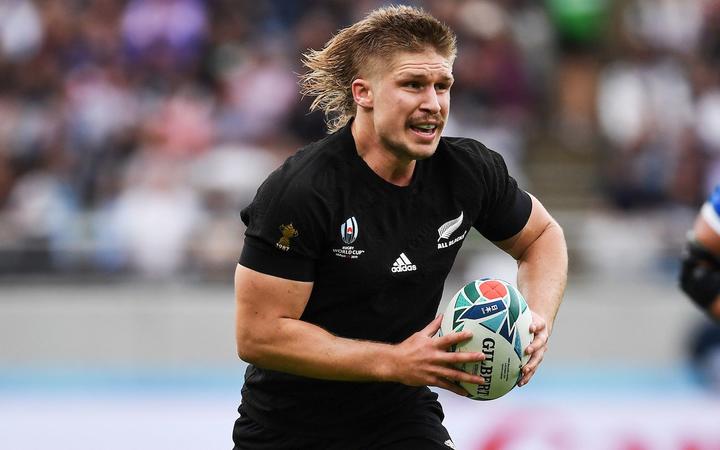 The 24-year-old centre inspired a 'mullet club' in the All Blacks last year with lock Brodie Retallick, flyhalf Beauden Barrett and flanker Sam Cane also growing their hair out at the back.

That trio abandoned the haircut earlier this year, prompting Goodhue to state he had been "betrayed".

Since then he has been frequently asked how long he would hold out as the sole member of the club, despite team mates like Rieko Ioane publicly labelling it as "disgusting".

"I'm not getting rid of the mullet," Goodhue told reporters ahead of their Rugby World Cup quarter-final with Ireland at Tokyo Stadium tonight. "You can ask this every week but it's not going."

Goodhue says there is good reason to keep it.

"There is scientific evidence that shows it makes me faster," he dead panned, prompting a fit of laughter in the media room. "It was done at Harvard I think."

Lock Sam Whitelock wanted to know if Goodhue would get a haircut before his wedding at the end of the year.

"Did you read the Woman's Day article?" Goodhue retorted in reference to an interview he had with the glossy magazine in September. "You'll find out on the day."

Assistant coach Ian Foster was also less than impressed with the mullet, and he did not care much for Goodhue's attempt to grow a moustache either.

"I can't win in this team," Goodhue said with a grin.

The relaxed nature of the All Blacks' final media appearance before the quarter-final was in stark contrast to their clipped and punchy conferences earlier in the week as the knockout phase came into view.

Foster said the squad had embraced the significance of the match against Ireland.

"There's nothing better than these sort of games where everything is on the line," Foster said.

"We've had a good week in terms of going through our processes and we're clearly very, very excited about this."

Foster said the "positive excitement" came from nerves, which was a good thing since they face an Ireland team that have beaten the All Blacks twice in their last three games.

"Heck yeah," Foster said when asked if he was nervous.

"But it's not about being nervous, it's about acknowledging you are and turning it into a positive excitement.

"That's what the big occasions are about."