All Blacks coach Steve Hansen was typically philosophical on the eve of their Rugby World Cup quarterfinal. 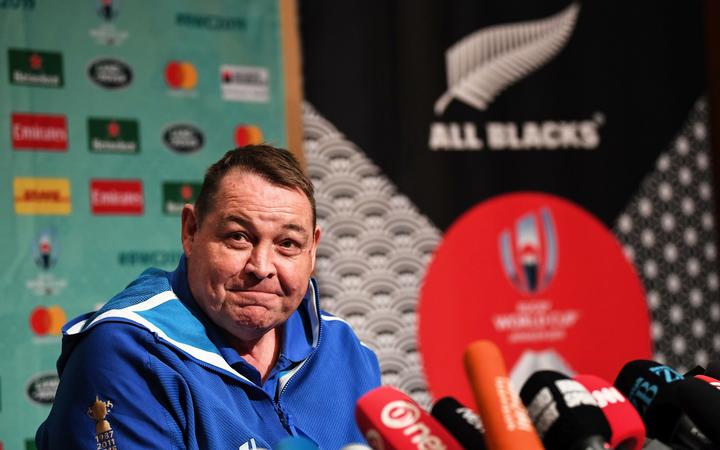 Can they beat Ireland? Yes. Might they lose? Of course.

How had they picked their side? Make the obvious selections and the rest comes down to team balance and the opposition.

While much of the focus was always on the starting 15, Hansen said it's the reserves that stand out when he looks at his team sheet.

"Those extra fresh legs could be the difference maker.

"We're very fortunate that our bench is strong, has been for a long time and when you look at the experience that's on that bench, it does give you a bit of confidence."

The selections of real interest have come in midfield and at hooker.

Jack Goodhue has beaten out Ryan Crotty to partner Anton Leinert Brown in midfield, with Sonny Bill Williams on the bench.

Codie Taylor also got the nod ahead of Dane Coles in the number two jersey.

Hansen said either could've started, but Taylor had taken his chance with Coles injured for a large chunk of last season.

The same went for lock Brodie Retallick, who Hansen had no doubt could deliver despite having just 30 minutes of game time since returning from injury. 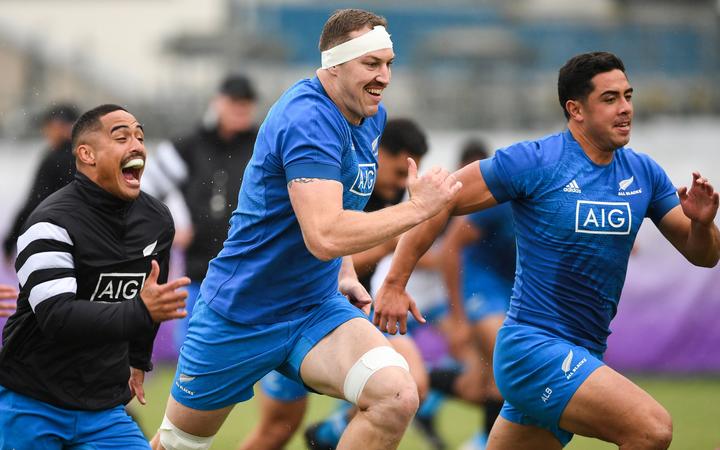 Hansen was also confident in his inexperienced backs, with four Crusaders holding less than 15 Test Caps expected to cop a high ball barrage.

One of those players, wing George Bridge, said the numbers don't tell the full story.

"You look at the caps and it says inexperienced but we probably don't feel very inexperienced and we're really comfortable with how we want to play as individuals and as a backline.

"That's probably where some of the experience that we're thinking of comes from. It's that we've been in some pretty high pressure games."

None, however, as big as this.

After two recent losses to Ireland, including last time the teams met in Dublin almost a year ago, the All Blacks knew full well the magnitude of the challenge.

But captain Kieran Read said it's important they put things in context.

"We certainly respect what the Irish team has done over those couple of games but it's a totally different ball game.

"It's a [quarter] final of a World Cup, two teams ranked very highly and it's about turning up on the day.

"Do we take lessons from those games? Yes, definitely. But [we also] know what this game brings, it's going to be slightly different to those."

Captain, hooker Rory Best, says a squad full of strong players is what gives them that optimistic feeling.

"Everyone pushes hard to be in the squad. You no longer kind of know what the 15 is going to be and the rest are just sort of there to make up the numbers.

"Every one of those 33 players believe that they're good enough to start and whenever you get competitive players that are not used to winning things, it's a good mix." 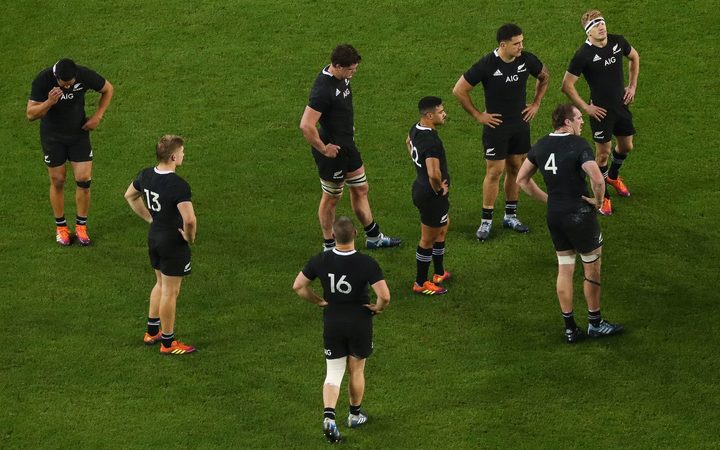 Schmidt knew if that happened, the All Blacks lethal counterattacks could be the end of his side's hopes.

For Hansen, ensuring that happened was about changing one key aspect from recent history.

"They're not a team that gives you a lot of opportunities through mistakes.

"You've just got to adapt and adjust to what's happening in the game and we've made a lot of changes since we last played them so it'll be interesting to see if those changes work or not."

If they do, the All Blacks could well find themselves in the semifinals.

And although they knew nothing was guaranteed, Sonny Bill Williams said they also knew exactly what they were capable of.

"They were number one in the world just before the tournament started so we're under no illusions about the threat that they pose.

"But for us it's about bringing that All Blacks A game. That's what we're about.

"If we get our mental prep right, come with that attitude and that intent, then we're going to be hard to stop."

Confident talk, ahead of crunch quarterfinal.