The Australian Diamonds have levelled the Constellation Cup series at one-all after a 48-42 win over the Silver Ferns in Auckland. 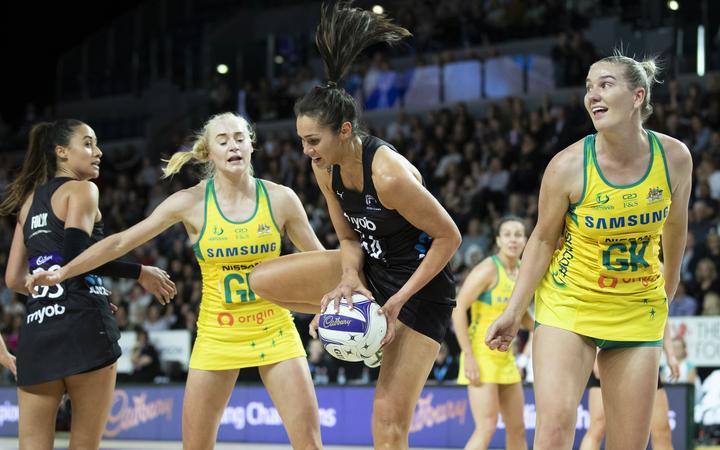 Australia coach Lisa Alexander celebrated in her 100th Test in charge of the Diamonds with a comfortable victory in the second match of the four game series.

New Zealand meanwhile had a night to forget in the shooting circle with just a 71 percent success rate.

"At our attacking end we got caught running side to side and probably didn't get enough penetration onto the circle edge, not as much as we did in the first Test and I thought equally in our circle as well we got caught behind the person and they were pretty torrid defensively."

The four-Test series now heads to Sydney and Perth, where the Silver Ferns will aim to win the series for the first time in seven years.

Australia's three-goal quarter-time lead was whittled to one when a contentious stepping call on Gretel Tippett went against the goal attack.

Australia boasted a 10-goal lead at one stage in the match that should have killed the contest.

Instead, Folau roared the Silver Ferns to life with a superb run.

The veteran attacker had a chance to narrow the lead to three on the eve of the last change, only to miss a long-range effort to end a damaging streak.

Bassett sat out the fourth quarter, with Philip deputising superbly as the Diamonds shut out hopes of a Kiwi comeback.

"I actually enjoy the physical encounter it requires you to bring your smarts and to work for and with each other and I agree I think at times we did it lovely and at times we felt wanting, but that's the beauty of international netball.