The Ireland first five Johnny Sexton has questioned what he describes as a "strange" negativity around Ireland's Rugby World Cup campaign, insisting the side is ready to peak for the All Blacks.

Sexton insists Ireland always knew Japan's quality before their 19-12 Pool A loss to the tournament hosts.

Japan beat Scotland 28-21 on Sunday to tee up a quarter-final clash with South Africa, handing Ireland a last-eight battle with the back-to-back world champion All Blacks in Tokyo on Saturday.

Sexton hopes Ireland have already shaken their typical World Cup quarter-final performance "out of our system" with that surprise loss to Japan and now called on his side to produce one of their best-ever performances against the All Blacks. 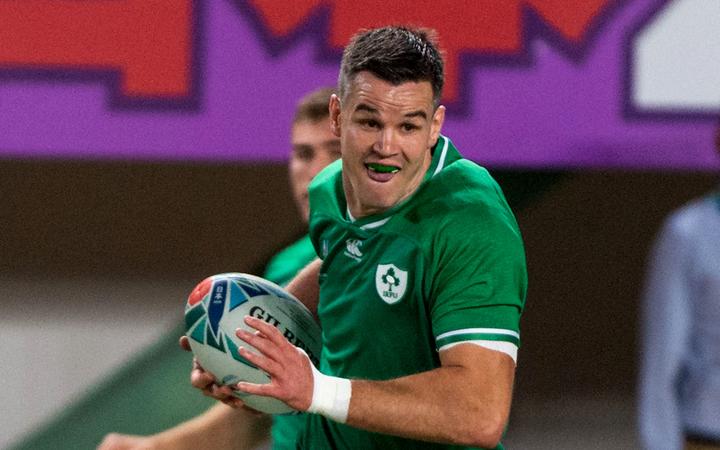 "We've been building pretty well apart from that poor 60 minutes against Japan; everything else has pretty much gone to plan," he said.

"There's been some negativity around us and we'd feel that's been pretty strange.

"But we're really confident in how we're building.

"We'd like to be playing a bit better in some regards at times, but hopefully we can put that performance out there on Saturday."

Ireland's failure to launch past a World Cup quarter-final has become a millstone around the team's neck.

Now New Zealand coach Joe Schmidt has the chance for another history-making achievement, should he guide Ireland past his homeland and into a maiden World Cup semi- final.

Beyond a possible suspension for Bundee Aki, who faces a disciplinary hearing after his red card against Samoa, Ireland have everyone battling for selection, leaving Sexton hopeful of yet more history this weekend.

"We're building nicely, we haven't hit our best performance yet and we need to get close to that to get the right result on Saturday," he said.

"It makes a big difference having everyone fit, even just for the quality of training... so we can make the most of it."