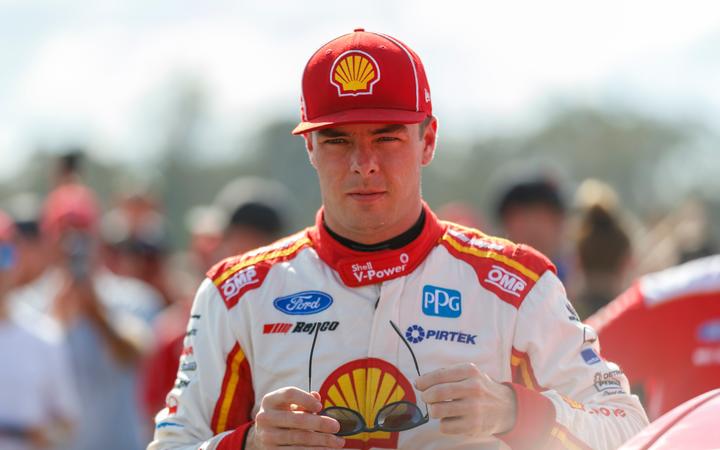 Ford's McLaughlin held out Holden star Shane van Gisbergen on Sunday by 0.68 of a second, with veteran James Courtney third after the six-and-a-half hour marathon came down to a final-lap sprint.

Just one of the 161 laps remained by the time the race re-started after the eighth and final safety car left the track, setting up a nail-biting finish.

It marked the first Bathurst win by McLaughlin's DJR team since 1994.

"I can't believe I won the bloody Bathurst 1000," said an emotional McLaughlin, who had Alex Premat as his co-driver.

"I have dreamt about this. I put so much pressure on myself to make this a good one but I am so proud of this team."

But four-time Bathurst winner Whincup surrendered an 11.5 second advantage when he pitted for fuel and second-placed McLaughlin opted to stay on track, reclaiming the race lead after a safety car was called with 11 laps left.

It looked like a two-horse race with 26 laps to go after McLaughlin's then third-placed Ford teammate Fabian Coulthard controversially slowed down to back up the rest of the field, as the series leader and Whincup raced to their garage for a pit stop during a safety-car period to get much-needed fuel.

It eliminated van Gisbergen's 10-second fuel advantage on McLaughlin and Whincup on the run home.

Couthard copped a pit-lane penalty for the unsportsmanlike tactic which was labelled "disgraceful" by Supercars great Larry Perkins.

Leading Ford drivers Cam Waters and Chaz Mostert - looming in third and fourth respectively - appeared threats but came into contact, ploughing into the gravel together on lap 124 to prompt a safety car and end their title quest.

Mostert made contact with Waters and both ended up in the gravel at The Chase, much to the disbelief of their livid team bosses in the same Ford garage.

Mostert incurred a pit-lane penalty and finished 16th while Waters was 21st in the 26-strong field.

A total of 201,975 people flocked to Mount Panorama over four days.