Ireland's final pool match at the Rugby World Cup will be special for Bundee Aki as he faces friends in the Samoa team but the rugged inside centre can expect no favours out on the field, Samoa's captain Jack Lam said. 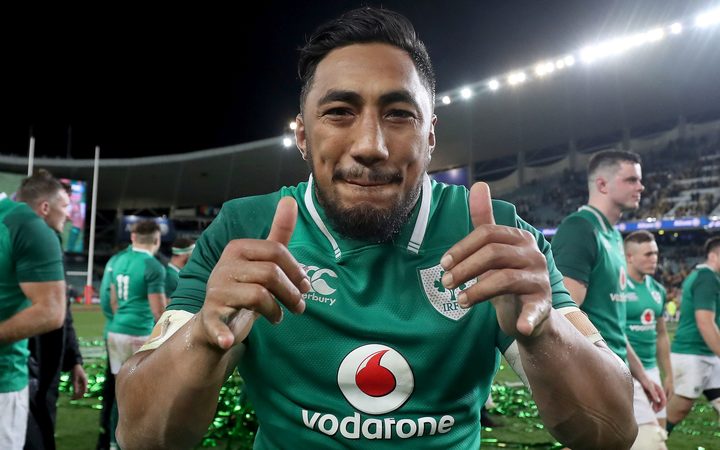 Of Samoan descent, Aki was born and raised in New Zealand where he played for Super Rugby side Waikato Chiefs before transferring to Irish side Connacht and qualifying for Ireland by residency.

The Samoan bond remains strong with Aki, who was coached at Connacht by former Samoa international and coach Pat Lam, a one-test All Black who is also Jack Lam's cousin.

However, those connections will mean little at Fukuoka Hakatanomori Stadium today, said the Samoa captain.

"We have no special presents for him, he'll get the same treatment as everyone else," Lam said.

"Most of the boys are pretty close with Bundee, a couple of boys have seen him during the week, so we are still friends off the field but when we cross the line we are exactly the same."

Samoa are out of quarter-final contention after losing to Pool A rivals Japan and Scotland but they are hopeful of taking down a tier one team before they leave Japan, having seen fellow Pacific islanders Tonga push France close and Fiji give Wales a fright in Oita.

"For us as players, we want to leave with a bit of pride in the jersey," said Lam.

"We've been together for a good eight weeks and it's pretty much been my family for the last two months, a great family.

"We've had our ups and downs as any family would but we've managed to solve everything within our family and we're still tight."

The availability of islanders to play for the Pacific nations is under the spotlight, with many having chosen to eschew the World Cup rather than lose professional club contracts.

Lam said he had to turn down contract offers from French clubs to appear in Japan but he had no regrets.

"There were a couple of contracts in France that I could have taken, but they had the condition that I had to turn down playing for Samoa in the World Cup, and in the future as well," said the 31-year-old.

"I just couldn't do that to myself and the jersey, and it just didn't cross my mind," he added. "It was a bit of a risk, especially for my family, but my wife and my family were all behind my decision.

"Hopefully in the future it will change and we won't have these kind of problems."