It's looking increasingly like the Constellation Cup will be Laura Langman and Maria Folau's Silver Ferns swan songs on home soil. 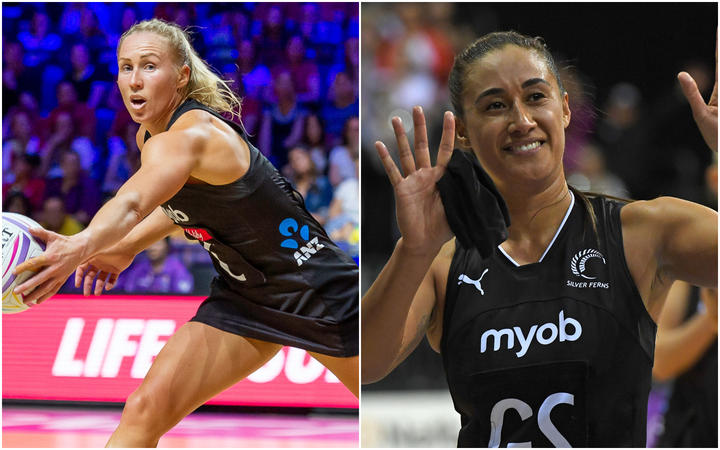 Laura Langman and Maria Folau could be bidding farewell to the Silver Ferns soon. Photo: Photosport

Last year the pair, who played in Australia's Super Netball competition this season, were granted exemptions which allowed them to play for the Silver Ferns and star in their World Cup victory.

Last month Netball New Zealand told RNZ that the high-profile pair had been granted exemptions again - through the 2019/2020 contract term.

But Langman and Folau have yet to re-sign with their Australian clubs or any franchise across the Tasman for next year's competition and time is running out.

The Super Netball contract signing period in Australia ends next Monday the 14 October when teams have to confirm their final 10 players for the 2020 season.

Langman and Folau made themselves available for the Constellation Cup series and the Nations Cup in England in January but it's hard to imagine a scenario where they could continue beyond that if they aren't playing on either side of the Tasman.

They aren't returning to play in a New Zealand franchise next year, with the ANZ Premiership teams finalised a long time ago.

The Adelaide Thunderbirds would have done all they could to hold on to sharpshooter Folau, who was recently named club champion, but it doesn't look like she's returning.

The other franchises have either compiled their full squads already or have filled their shooting positions.

The Sunshine Coast Lightning have re-signed all but one of their players from this season - their captain Laura Langman and they would love to hold on to her.

But a huge part of what attracted Langman to the Lightning was now Silver Ferns coach Noeline Taurua, who has just stepped away and Langman could see it as a logical time to go.

She spent a short time with the New South Wales Swifts this year as a temporary replacement player, before Silver Fern Katrina Rore effectively usurped her.

She's looking to resurrect her international career and a season in the Australian league could be an ideal place to do that.

But Cullen hasn't been picked up so far and there's only a handful of spots left across the eight Australian franchises. Her best chance might be with the Adelaide Thunderbirds, who lost England wing defence Beth Cobden this year to an ACL injury.

The first game of the four test Constellation Cup starts at 4pm on Sunday in Christchurch.