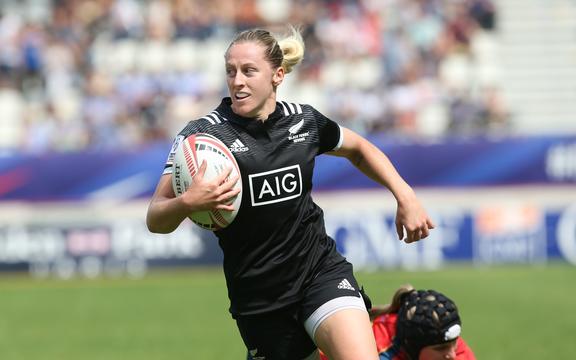 The Black Ferns Sevens came back from 14-nil down to beat France 31-14 in the bronze medal match.

Earlier the reigning series champions were stunned 19-17 by hosts USA in the second of the cup semi-finals.

The USA beat Australia 26-7 in the final.

The next round is the combined tournament in Dubai in early December.

Hore takes over at the Blues

The Waratahs boss is to take over at the Blues Super Rugby franchise.

Andrew Hore has been named as the new chief executive of the club.

Hore, 47, originally from Canterbury, was previously CEO of Ospreys Rugby Club in Wales and before then, was High Performance Manager for New Zealand Rugby.

He was director of physical conditioning and player development for the Welsh Rugby Union and conditioning coach for the Crusaders.

Mr Hore will take up his position in December and until that time the Chairman and various Board members will work with senior management at the Blues in management of the club.

Current Chief Executive Michael Redman (who announced in July that he would be moving on) finished his duties at the end of September after six years in charge. 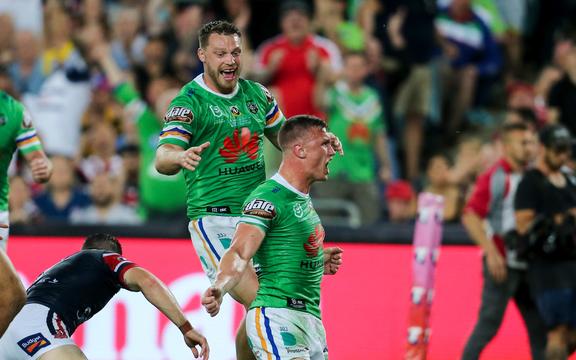 NRL grand final player of the game Jack Wighton (white-on) is one of them, while there are seven players included from yesterday's decider.

The Kangaroos, again captained by Boyd Cordner, will play the Kiwis on October 25 in Wollongong before taking on Tonga at Auckland's Eden Park on November 2.

Meanwhile NRLW grand final captains Ali Brigginshaw and Kezie Apps as well as Dally M Player of the Year Jess Sergis will lead an experienced Australian line-up in their Test against New Zealand in Wollongong next month.

Ryan Thomas has made his long awaited competitive debut for PSV Eindhoven, 14 months after signing with the Dutch football club. 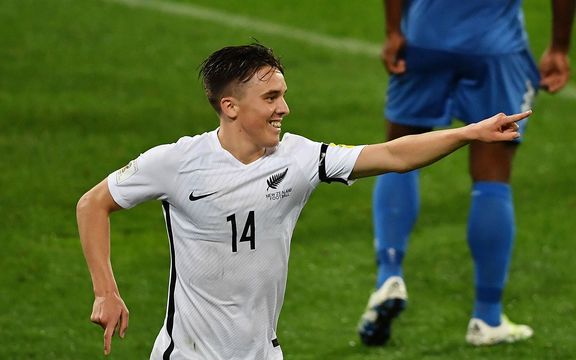 The All Whites midfielder has come on in the 85th minute of PSV's 4-1 league win over Venlo.

Happy to finally make my debut today. But more importantly the support for our teammate is what matters most right now ❤️ pic.twitter.com/5GEmd9hgVR

Thomas joined the then league champions on a three year deal in August last year after five years with PEC Zwolle, who he helped win the Dutch Cup in 2014.

But he didn't feature for PSV last season after suffering a serious knee injury in his first week of training.

This morning's result puts his club back level on points with Ajax at the top of the Dutch league. 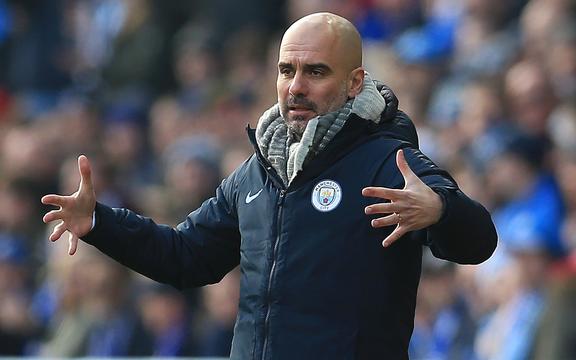 Wolves forward Adama Traore struck twice in the final 10 minutes to condemn the champions to their first home league defeat since they lost to Crystal Palace last December.

Yet it was City's second defeat in their last four league games following the 3-2 loss at Norwich City last month and it will increase Liverpool's belief that they can win their first league title in 30 years.

Despite the result, Manchester City remain second in the league, with Arsenal up to third after beating AFC Bournemouth 1-0 courtesy of a David Luiz goal.

Chelsea's a point back in fourth as striker Tammy Abraham scored his eighth league goal of the season to help them secure a 4-1 win at struggling Southampton.

Prop Andrea Lovotti and replacement Nicola Quaglio will miss Italy's final Rugby World Cup Pool B game against New Zealand, as well as any potential quarter-final and semi-final, after both receiving three-match bans for a lifting tackle, a judicial committee said on Sunday.

Lovotti was sent off for dropping Duane Vermeulen on his head in the 43rd minute of Friday's game against the Springboks while Quaglio was cited for his involvement in the same tackle as Italy went on to lose 49-3.

"If Italy does not progress, the balance of the suspensions will be served in the players' upcoming PRO14 matches," the committee said.

Italy coach Conor O'Shea is already facing a crisis in the front-row after two of his tighthead props, Simone Ferrari (hamstring) and replacement Marco Riccioni (concussion), had to leave the field inside 18 minutes against the Boks, leading to uncontested scrums.

O'Shea will therefore have to call in replacements for the October 12 match against the All Blacks, with only Tiziano Pasquali and Federico Zani left in the squad. Italy are currently third in Pool B behind New Zealand and South Africa and are unlikely to progress from the group stage.

Chasing an improbable 395 for victory, the tourists were all out for 191 in the second session after resuming on 11 for one on the fifth and final day.

Shami returned figures of 5-35 while Jadeja picked up 4-87 with tailender Dane Piedt top-scoring for the touring side with 56, his maiden test half-century.

It was the third straight win in as many matches for top-ranked side India in the World Test Championships. The hosts took a 1-0 lead in the three-match series with the second test starting at Pune from Thursday.

Marc Marquez has claimed his sixth MotoGP world title after winning in Thailand.

Despite being taken to hospital after a crash in first practice last week, the 26-year-old was fit enough to secure his fourth successive title on Sunday with four races remaining.

Marquez went into the race needing to win by two points more than nearest rival Andrea Dovizioso and managed to do so as the Italian finished fourth.

The Spaniard reclaimed the lead from Fabio Quartararo on the final corner of the last lap in a thrilling finish.

Marquez's sixth crown moved him ahead of Australian great Mick Doohan on the list of world titles.

Austrian top seed Dominic Thiem has overcome a sluggish start and clawed his way back from a set and a break down to beat Greece's Stefanos Tsitsipas 3-6 6-4 6-1 in the final of the China Open in Beijing.

Naomi Osaka has put Ashleigh Barty's quest for the year-end No.1 on hold for now after the Japanese's three-set win in the China Open final.

Barty is still in a strong position to become the first Australian woman in the professional era to end the year on top of the rankings.

And world number one Novak Djokovic won his first Japan Open title and the 76th of his career with a dominant 6-3 6-2 win over Australian John Millman in the final in Tokyo on Sunday.

It was a triumphant return to the tour for Djokovic, who had withdrawn from the U.S. Open in the fourth round due to a shoulder injury.

The Houston Rockets' Chinese sponsor and a Chinese sportswear maker have suspended work with the basketball team after their general manager sent a tweet in support of Hong Kong protests over the weekend.

The Rockets are widely followed in China, partly because they drafted the Chinese basketball player Yao Ming in 2002, who became a star for them and helped build the NBA's following there.

China's SPD Bank also said on Sunday that it has suspended related marketing activities and publicity.

Team owner Tilman Fertitta went on Twitter to distance the team from the statement - "Daryl Morey does not speak for the Houston Rockets," he said.

The business' announcements follow one earlier in the day from the Chinese Basketball Association which said it was suspending "exchanges and cooperation" with the Houston Rockets.