The All Blacks are treating their Pool B clash with the lowest-ranked side at the World Cup tomorrow exactly the same as playing South Africa, England or any other rugby heavyweight, Anton Lienert-Brown says. 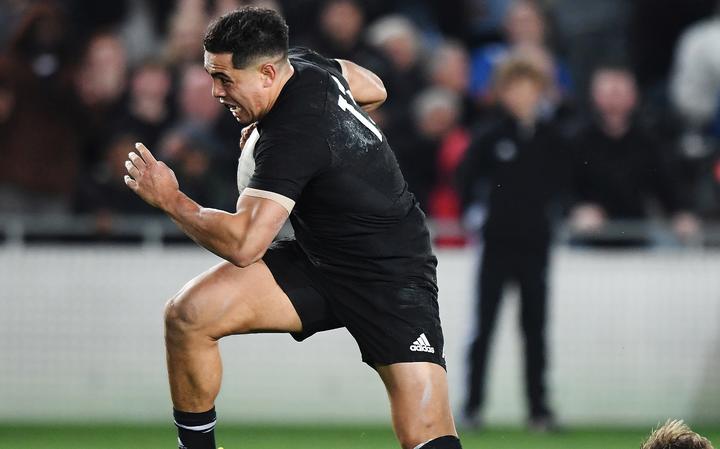 The All Blacks are expected to comfortably account for Namibia at Tokyo Stadium tomorrow and put one foot in the quarter-finals.

The three-times world champions are projected to win Pool B but could still be pipped in the more than unlikely event that Italy record their first victory over Steve Hansen's side next week in Toyota City with a bonus point.

New Zealand highlighted their ruthless streak when they ran in nine tries against Canada in Oita on Wednesday to record a 63-0 victory, the highest score at the tournament so far and centre Lienert-Brown said they were likely to be as focused on Sunday.

"Every week is the same. The biggest (lesson) for me over the years is that my personal standards matter the most," he told reporters.

"It doesn't matter who we come up against, it's about me playing to the best of my ability. Whether that's South Africa, Namibia, England or whoever it is.

"It's important that you go out there and you have prepared yourself to the best you can to perform for the team.

Lienert-Brown will join Jack Goodhue in the centres for the third different midfield combination in the tournament.

Goodhue played for 40 minutes against Canada, after recovering from a hamstring injury, with Sonny Bill Williams, while Ryan Crotty and Lienert-Brown played together against the Springboks in the opening match.

After years of stability in the midfield with Conrad Smith and Ma'a Nonu playing more than 60 tests together, Hansen has chopped and changed his squad during the current World Cup cycle and never settled on a first-choice combination.

Assistant coach Ian Foster, however, said there was no great mystery as to what was the preferred combination, with game plans and opposition proving the defining factor.

"Through chance or injury or selection over the last couple of years, we've mixed and matched the combinations for a reason and we're delighted with whatever options we've got.

"We've got different strengths, different players, and we're excited about this one.

"We've got some great options."