Samoa feel confident they can take a partisan crowd of 45,000 out of the equation in Toyota City tonight and keep their World Cup hopes alive with a victory over Japan. 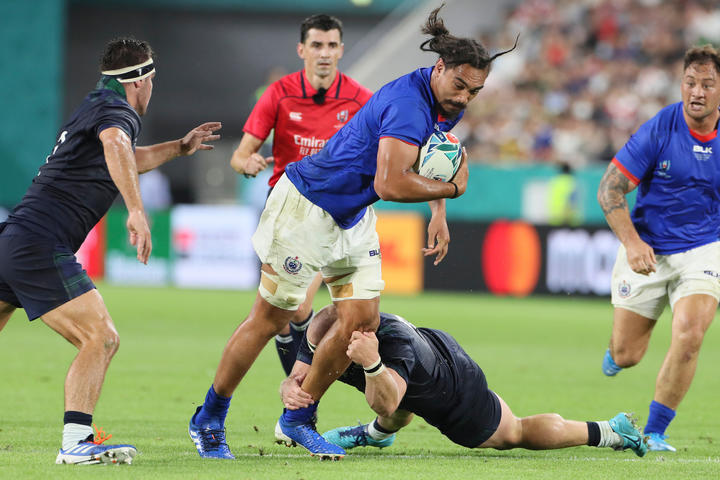 The hosts have put themselves into a strong position to advance to the quarter-finals for the first time after they beat Ireland last week, a result that has whipped local rugby fans into a fervour of nervous expectation.

A capacity crowd is expected at the City of Toyota Stadium for the Pool A clash which should go a long way to determining how the highly competitive pool plays out.

Ireland top the pool on 11 points from three games, while Japan have nine and Samoa and Scotland are on five, having all played two games.

The winner of the pool will likely avoid the All Blacks in the quarter-finals.

"But there's not much we can do to control that so we will focus on ourselves and what we can produce."

Samoa were hammered 34-0 by Scotland on Monday and have had a tough four-day turnaround before facing the hosts. They are also missing banned centre Rey Lee-lo and hooker Motu Matu'u, which is providing them with some further inspiration.

"The boys are hugely motivated to make the play-off (knockout stage)," Loose forward Chris Vui said when asked about whether Lee-lo and Matu'u's three-match bans for high tackles were inspiring them.

"After that Scotland game we still have belief in what we're trying to do.

"Japan's in our way but it's just another team we've got to get past to make that play-off." 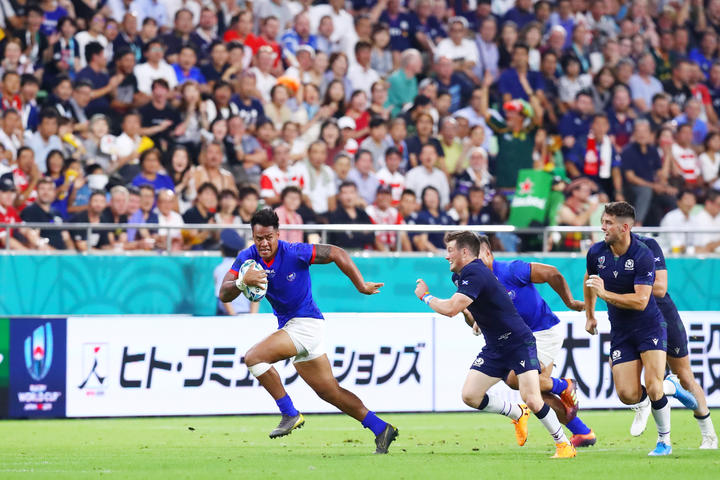 UJ Seuteni is among six changes to the starting fifteen. Photo: PHOTOSPORT

While the players were focused on what they need to do on Saturday, they may have looked more like wide-eyed tourists on Friday as they had their captain's run and ended up taking photos of the steeply-banked stands.

"It's a beautiful stadium, it's a huge stadium, and a lot of the boys have never been in this atmosphere before," Alo-Emile said of the home ground of J-League side Nagoya Grampus.

"We play in clubs in New Zealand and Australia and we are from Samoa and we want to take photos and take as much of this home with us."

Vui, who has played at some of the great rugby cathedrals around the world, including Murrayfield and Twickenham, was also impressed.

"It was pretty buzzing going out there, seeing how high the seats go," he said.

"I'm looking forward to it and what better team to play against than Japan."