Despite disqualification at the World Athletics Championship, New Zealand hurdler Portia Bing is optimistic about the next year which includes the Tokyo Olympics. 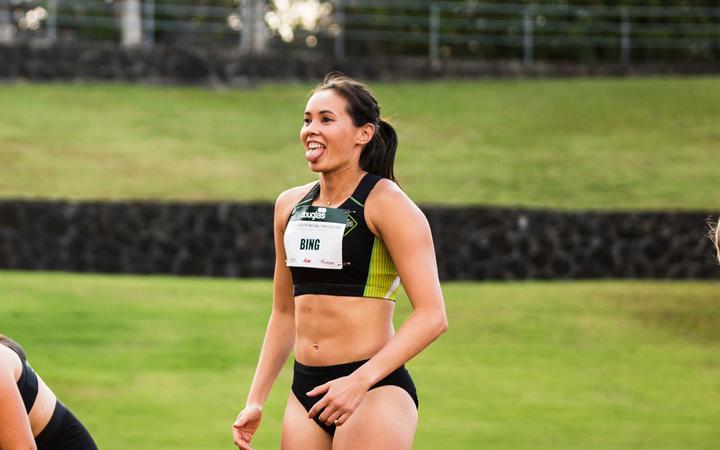 The former heptathlete ran a New Zealand record time in the heats of the 400 hurdles in Doha before being disqualified for not clearing a hurdle correctly.

Bing placed fourth in her heat, automatically qualifying for the next round with a new PB and New Zealand record time of 55.49, it was 15 minutes later that she found out that she'd been disqualified.

Just two years into her new event, Bing is happy with how she's progressing.

The 26-year-old's time today was just one-one hundredths of a second outside the automatic Olympic qualifying standard.

"That tells me that if I can obviously not get disqualified and work on a few things it kind of makes Tokyo a bit of a reality for me and we've got the mentality that if you can do it once, you can do it again, so there are some positive things and I would hope that I can actually improve on that over the season."

Bing, who competed as a heptathlete at the 2015 World Championships, switched to the 400m hurdles in 2017 and has twice lowered the national record this season.

Despite the first hurdle, Bing was very happy with her run today, knowing she probably had to record a PB to have any chance of getting into the next round.

Bing was a little surprised by the disqualification news.

"Initially I thought it was for the eighth hurdle as I've previous had some issues with that one, but when I found out it was for the first hurdle I was pretty surprised by that."

"Basically what happened is that I started much faster than I've ever started, I was hugging the bend quite tight and as I was lifting my leg up I lifted it a bit late so my heal has cut through the top of the hurdle deeming that I didn't properly hurdle it."

Athletics New Zealand appealed the disqualification, but Bing wasn't confident of success as she says there are some video angles that don't help her case.