It's a Saturday, there's the lawns and the kids' sport. So we've been reading all the Rugby World Cup coverage so you don't have to. 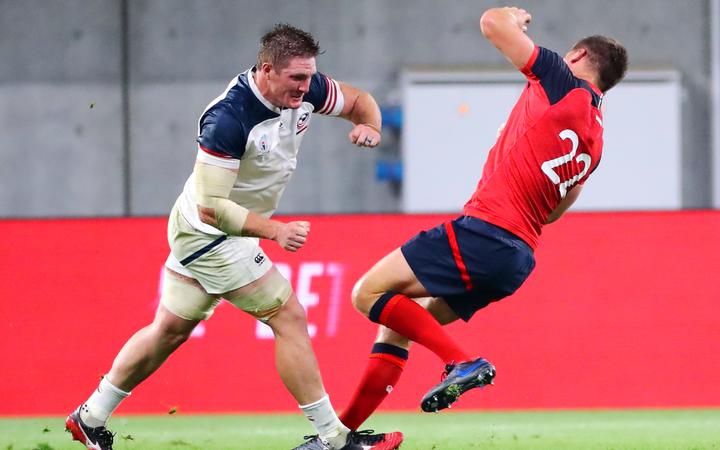 It's all hits, misses, data and Boks today. There's one big story around the world: are refs getting the officiating of the tackles right? World Rugby has already said No.

The Guardian sports writer Ugo Monye makes a case to give the refs a bit of wiggle room; after all they probably never thought they'd be in the World Cup limelight. He says rugby is "on a knife edge."

"Ultimately, I believe that referees need as much help as possible. They are not robots and we should fully accept that they will not get everything right all the time. All we should be expecting is that they get the big decisions right and if there's a way to assist referees to make those decisions better and sharper we should look at every option available."

The BBC tries its best to keep up with all the suspensions for red cards and citings this week.

Apart from high tackles, everyone seems to be using statistics to analyse who will win.

Stuff have been running their admirable Power Rankings from the beginning of the Cup. It uses 10 year's worth of data from international rugby and adjusts with each result. Currently it rates the All Blacks as having a 61 percent chance of making the final and 39 percent chance of winning.

But today, the Herald has its own data analysis which gives the All Blacks a 61 percent chance of winning the Cup!

If you add Stuff and the Herald's data analysis together (as all good statisticians wouldn't) you get the All Blacks on a 100 percent chance of winning. And we'll take that.

So which team is the Donald Trump of the Cup? Remember how Donald Trump won the 2016 presidential election even though data analysts were giving him just a 15 percent chance?

In Trumpian terms, the ones to watch are Wales (12 percent chance) and England (20 percent) on Stuff's Power Rankings. 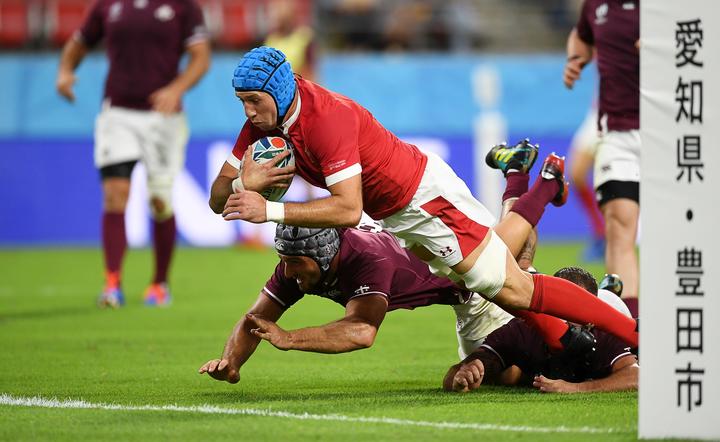 The best data analysis of rugby is now a couple of years old. During the last Cup, the Economist spoke to data specialist Niven Winchester, a Kiwi, who crunched the numbers. It found many stats that pundits use - metres gained, territory, lineouts won or lost - don't correlate to wins. The best predictor is line breaks. If you break the line, chances are you could score a try, and tries (5 points, 7 if you get the kick which follows) are worth more than penalties (3 points) so the line breaking team wins. Simple.

And the All Blacks are very good at that, Mr Winchester proved to the Economist.

Oddly, all these data predictions of All Black ascendancy are getting the most purchase in, well, New Zealand.

There's former Springbok captain Corne Krige. He reckons the opener swung on a couple of lucky moments for the All Blacks and the Springboks could "go all the way", presumably to win the final.

Then there's Springbok No.8 Shalk Brits. He reckons the Boks "can do wonders at this Cup.

"We are a group that's learning and learning quickly."

There's a lot of learnings in South Africa. Most impressive learnings are by the Springbok defence coach Jacques Nienaber who says the Springboks didn't expect the All Blacks to kick so much. He counted 21 attacking kicks by the All Blacks, eight of which the All Blacks comprehensively won and two were catastrophic for the Boks. Won't happen again, he said. The Boks have learned.

Finally, the Telegraph has a lovely column on the life of "Shiggy Kono" who was inducted last week into the Rugby Hall of Fame. All the headlines focused on Richie McCaw and Sir Graham Henry but Kono was at least as interesting.

The Tele sums it up like this: Shiggy was "the failed kamikaze pilot who went on to become the godfather of Japanese rugby". He helped build up Japanese rugby as chairman of its Union for 20 years from the 1970s.

And if you are still pondering jumping on a plane to Tokyo to watch the All Blacks grab their 39 or 61 or whatever percent chance of winning the Cup, then you can't do better than have Joe Porter, Radio New Zealand's rugby reporter, as a guide.