Portia Woodman is scheduled to make her long-awaited return to the Black Ferns Sevens in December and there's belief she's coming back stronger than ever. 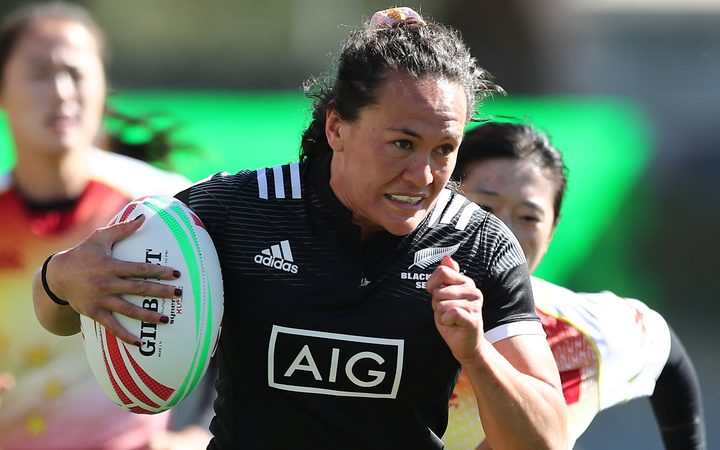 World Rugby's 2017 women's player of the year sat out the entire 2018/19 sevens world series after rupturing her Achilles tendon last November, but has taken part in pre-season training this month.

New Zealand Rugby's high performance sevens manager Tony Philp says Woodman's making good progress but she hasn't been considered for next month's season-opening tournament in Glendale, Colorado, with next year's Tokyo Olympics at the forefront of their thinking.

"We could have potentially had her being available for selection for Colorado, but we didn't think that was quite right," Philp said.

"Ultimately we've got to make sure we get all of our players excited, energised, thriving and humming come selection for the Games.

"There's a plan around Portia to be available for the next tournament in Dubai (in December), but we just want to make sure we get that bit right for her and everyone else."

And when the flying winger does return Philp has no doubt Woodman can rediscover the form which has seen her score a record 195 world series tries.

"I'm really excited to see Portia play again, just like everybody else, and I know that she's probably going to be even better than what she was previously."

"It is a tough injury, but she's been amazing in how she's approached her mindset to take her time to get it right, knowing that it's a big season and ultimately we need everyone ready come the Olympics."

Portia Woodman is a world champion in both sevens and 15s, but the Black Ferns will have to wait to call on her services ahead of the 2021 Women's Rugby World Cup in New Zealand.

"The priority for us at the moment is making sure we focus on the Olympics," Tony Philp said.

"Once the Olympics is over then we'll be having conversations with players around wanting to play 15s.

"We know the World Cup in 2021 is big for the Black Ferns and also the country and we want to make sure we do everything we possibly can to allow that team to prepare and be in the best possible shape for that tournament."