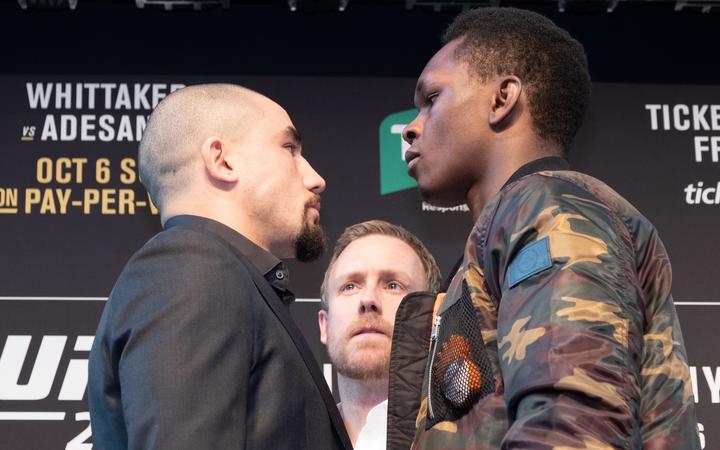 Sydneysider Whittaker will defend his full belt against the New Zealand-based interim champion at Melbourne's Marvel Stadium on October 6.

Whittaker is currently rated ninth and Adesanya 14th in the pound-for-pound ratings.

"You look at the winner of this fight in the top five pound-for-pound in the world." White said.

"If Volkanovski can pull off a win over Max Holloway, who is not just the best in the world in the featherweight division, he's one of the all-time greats, it's s a big deal," White said.

"It's a big deal and Volkanovski will turn into a huge star in Australia."

A UFC record attendance of over 56,000 packed into the venue in November 2015 to watch a card headlined by Ronda Rousey and Holly Holm, while Whittaker won a fight on the undercard.

This time Whittaker will be the headliner on UFC 243 and Holm will fight Raquel Pennington in a bout between the third and sixth-ranked bantamweights respectively.

White expects a capacity crowd nudging 60,000 to attend the event, which occurs on the same day as the NRL grand final in Sydney, albeit it at an earlier time.

"We're going to break the record, sell this thing out on the same night as the big (rugby league) game," White told AAP.

'"It's just a testament to how massive Australia's sports fans are, incredible."