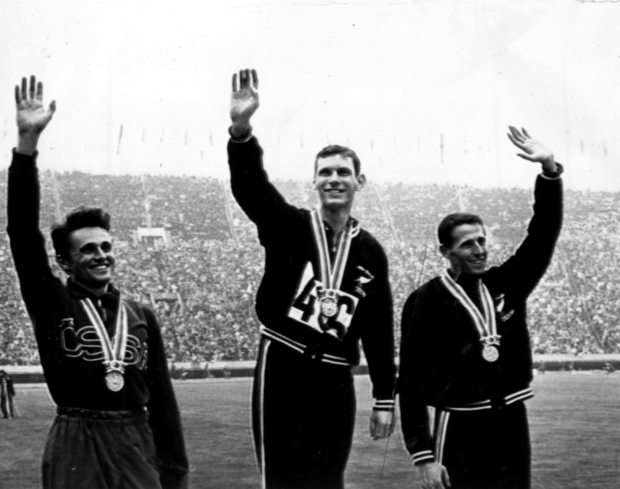 The IAAF has posthumously awarded Lydiard the IAAF World Athletics Heritage Plaque in the Legend category.

The award was announced by IAAF President Sebastian Coe ahead of the start of the World Athletics Championships in Doha. 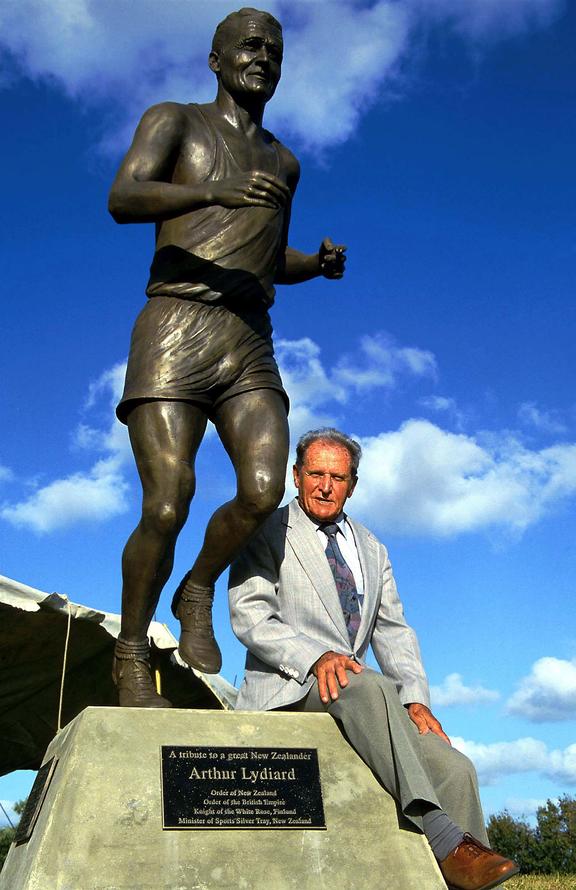 Arthur Lydiard in front of his statue in Auckland. Photo: PHOTOSPORT

Sir Murray Halberg's initial memories of Lydiard have blurred over the years, but he recalls quickly embracing his coach's training load, which sometimes touched 100 miles per week.

"Arthur looked to develop stamina and prepared us as if we were marathon runners," recalls Murray. "But it wasn't just me that improved under the training, Bill Baillie, Barry Magee, Peter Snell all of us did. Success bred success."

"Arthur created a family within the training group," Murray explains.

"We used to run from his home in Mt Roskill and he always took a great interest in our personal development. Without Arthur it would have been an absolute miracle had I become Olympic champion. Lydiard was the power behind all of us in our training group. He was a motivator, coach, mentor and friend."

Athletics New Zealand Patron Sir Peter Snell recognizes the impact Arthur had on his multiple record-breaking and Olympic medal winning achievements. "A lot of people said that it was not Arthur's coaching but my talent, which contributed to my success," explains Peter. "That annoyed him but we both know that isn't the case, his training made all the difference."

Since retiring from international running in 1965, Barry Magee has carved a reputation as one of the country's most influential distance running coaches in which Lydiard's high mileage training model forms the template of his philosophy.

"Lydiard is the greatest distance running coach the world has ever seen. There is no greater model to preach", said Barry, bronze medallist in the marathon at the 1960 Rome Olympics.

"New Zealand should be so proud of Arthur Lydiard. To think a nation of two million could go out and conquer the distance running world was all thanks to him. He did the impossible."