New Zealand cyclist Patrick Bevin has set his sights on standing on the top tier of the podium at next year's Tokyo Olympics, after a frustrating and testing 2019. 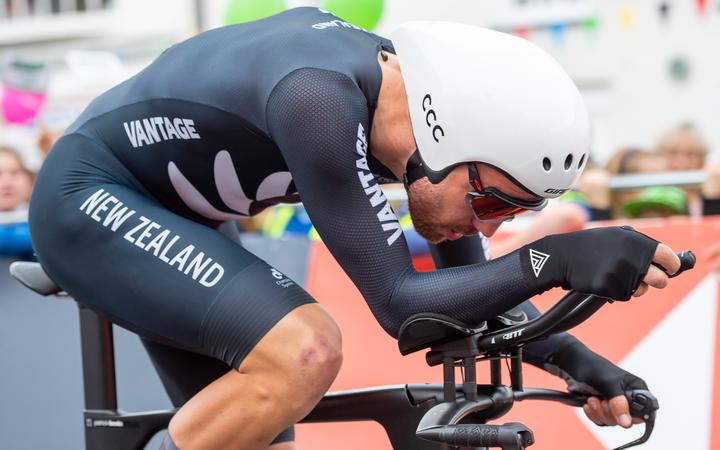 Patrick Bevin is looking forward to a break after a frustrating and testing year. Photo: Photosport

The CCC Team professional has finished agonisingly close to winning a medal in the men's individual time trial at the World Road Cycling Championships in Yorkshire.

But Bevin, 28, isn't dwelling on what could have been despite a season of near misses.

He was denied victory in the season-opening Tour Down Under because of a crash and then was forced to withdraw from the Tour de France in July, missing the opportunity to race in the stage 13 individual time trial in Pau, after breaking his ribs.

"I've still come a long way since picking myself up off the deck in July and working my way towards this," Bevin said.

"To be consistently good over the last two worlds is a really positive sign looking at Tokyo next year.

"The Tokyo course sits somewhere between Innsbruck (2018 world champs venue) and Yorkshire so you take the fact that I've improved and go back to the drawing board and stay hungry for that gap because you never stop aiming for the top."

The national champion finished almost two minutes behind the now two-time world time trial champion Rohan Dennis of Australia in Yorkshire, but believes he can bridge the gap over the next 10 months.

"Even though the gap looks big, over an event that's full gas over an hour and seven minutes the percentages are actually fairly small.

"So we use the result today as kind of a springboard into the off-season to kind of reassess and readjust and find some more time out on the course."

While he's looking forward to next season with great optimism, Patrick Bevin is happy to see the end of 2019.

"It's been a tough year," Bevin said.

"I've scraped myself up off the tarmac too many times this year so to be here and finish with this result is really good for the morale.

"I've had a couple of big offs. That's part of cycling and part of sport, but I'm definitely looking forward to some down time." 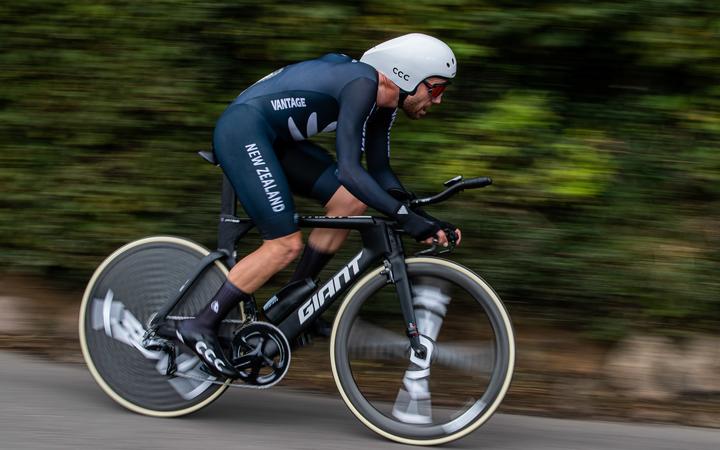 The top tier of the Tokyo podium beckons for Patrick Bevin. Photo: Photosport

He has one more long day on the pedals before he can take a break.

"A lot of pressure comes off after today, but it doesn't mean I'm no less committed or motivated for Sunday.

"The last two months have all been about today so there's a certain amount of weight that's been lifted, but you're excited about lining up again in the road race.

"The road race is a different animal, but I go in knowing the form is good. I may struggle with the distance...it's going to be an extremely tough day."

The New Zealand team won't have a designated team leader because as Patrick Bevin says "there's no other way to approach it".

"We're a small team here, without the specialist for this course so no matter what plan we come in with all four guys are going to have an opportunity to race and race well.

"We're not one of the big nations with eight riders in it and a single goal. We've got to roll with the punches and make those choices on the fly, but the four of us are here, motivated and fit and healthy."