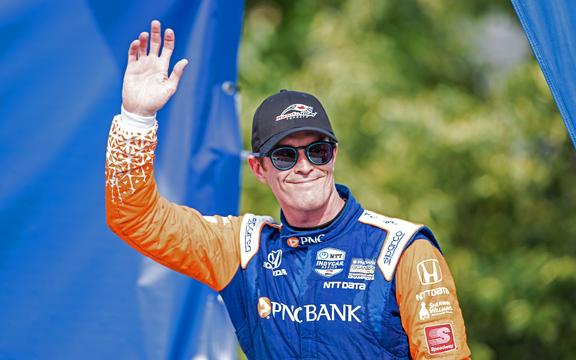 The defending series champion had an outside chance of retaining his title entering today's final round in California.

However he finished third in Monterey, with Josef Newgarden finishing eighth to take the Championship for the second time.

Dixon admits it was a tough year for him especially after so many DNF's and mechanical issues.

Dixon had two wins this year.

Sebastian Vettel ended 13 months without a win by leading his Ferrari teammate Charles Leclerc across the line in a one-two finish at the Singapore Grand Prix. 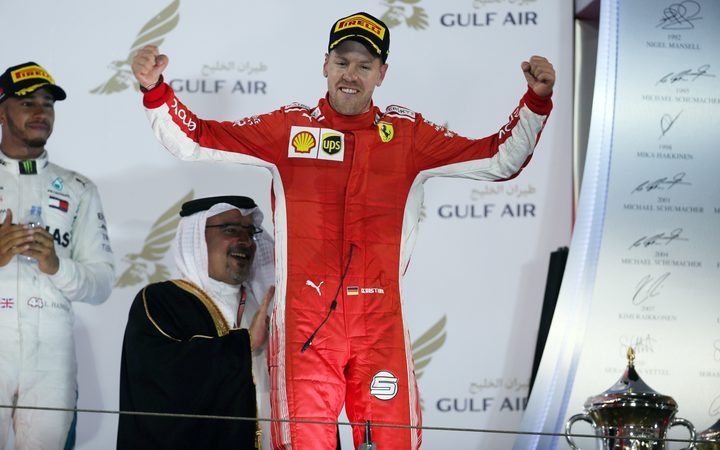 The German, whose last victory was at the Belgian Grand Prix in August 2018, started third but made the most of an early pitstop to leapfrog Leclerc, who had led from pole position.

Vettel took the chequered flag 2.6 seconds ahead of Leclerc for Ferrari's third race win in a row - the first such hat-trick for the Italian team since 2008 and their first one-two since 2017.

Dutch youngster Max Verstappen finished third for Red Bull ahead of Lewis Hamilton who was fourth but still extended his lead to 65 points over fifth-placed Mercedes teammate Valtteri Bottas.

Leaders Liverpool maintained their perfect start to the Premier League season as first-half goals secured a 2-1 win at Chelsea that left them five points clear at the summit.

It was a sixth straight league win from the start of the campaign and extended their club-record streak to 15 in total.

Meanwhile, 10-man Arsenal twice battled back from a goal down to beat Aston Villa 3-2 with Pierre-Emerick Aubameyang's late free kick securing the points in a thriller at the Emirates.

Honda's Marc Marquez celebrated his 200th start and moved within reach of a sixth MotoGP title with a commanding win from pole position in front of his home Spanish fans at the Aragon Grand Prix.

Reigning champion Marquez now has 300 points and a lead of 98 over nearest rival Andrea Dovizioso, who finished second for Ducati at the anti-clockwise MotorLand circuit near Alcaniz.

The points tally means Marquez will wrap up his fourth successive championship with four races to spare if he wins the next race in Thailand on Oct. 6.

The victory was his eighth of the season.

Her victory marked a return to the ruthless form that helped world number four Osaka claim last year's US Open crown before her Melbourne success, with the 21-year-old not dropping a set all week in Osaka, Japan.

She became the first Japanese player to win the title since Kimiko Date in 1995.

Australia winger Reece Hodge's World Cup hangs in the balance after he was cited for a dangerous tackle on Fiji's Peceli Yato in their opening Pool D match in Sapporo on Saturday.

Yato was felled by Hodge, who appeared to make contact with the flanker's head in a no-arms tackle around the 26th minute. Yato failed a head injury assessment and will miss Fiji's match with Uruguay in Kamaishi on Wednesday.

While the Fijians protested the tackle during the game, match officials deemed there was no foul play, although social media users and pundits criticised the decision.

He will face a three-man judicial committee in Tokyo.

World Rugby's sanctions for a dangerous tackle start at a two-week ban. The mid-level sanction is six weeks, with a potential ban of 52 weeks as the maximum level of punishment.

Australia, who won the game 39-21 to earn a bonus point, face Six Nations champions Wales next Sunday in Tokyo, with the clash expected to determine the winner of the pool that also includes Georgia.

Italy scored three tries within the space of 10 minutes either side of halftime to give themselves some breathing room against a stubborn Namibia before recording a 47-22 win in their Pool B opener in Osaka.

The Italians had dominated much of the play in the first half with their forwards providing a stable base to attack and create space but it was not until scrumhalf Tito Tebaldi scored on the stroke of halftime that they were able to pull away.

Winger Edoardo Padovani and replacement Carlo Canna both crossed shortly after the break to put the game beyond doubt as the Italians earned a bonus point from their seven tries.

Namibia, who have now lost all 20 of their World Cup matches, still managed to give the crowd something to cheer with tries to scrumhalf Damian Stevens and wingers J.C. Greyling and Chad Plato.

United States women's World Cup winning coach Jill Ellis says she is not ruling out a switch to the men's game after she stands down from her role next month.

Ellis, who clinched her second World Cup with the win over the Netherlands in July, will take charge of the US team for the final time in a friendly against South Korea in Chicago on 6th October.

The 53-year-old said she had not made any decision on her future career path but if she did make the switch, she would become the highest profile female coach to take charge of a men's team.

Speaking at a FIFA conference, Ellis said she wanted a "challenge that is going to motivate me".

The English-born coach has been part of the US Soccer Federation's coaching system since 2000.

Meanwhile, FIFA president Gianni Infantino said he would push again for the creation of a Women's World League despite having his initial plan blocked inside the organisation.

The hosts, who won the second T20 to take a 1-0 lead in the series after a washout in the first match, managed a below par 134 for 9 in their 20 overs after captain Virat Kohli opted to bat first.

South Africa captain Quinton de Kock then scored a second straight 50 in the series and remained unbeaten on 79 to help his side chase down the target with 19 balls to spare.

De Kock, who made 52 at Mohali, and Reeza Hendricks scored 76 for the opening stand to stub out India's hopes of early wickets and any chance of a fight.

Reeza was dismissed for 28 but the South Africa skipper put the hosts' bowlers to the sword, smashing five sixes and six fours in his 52-ball knock.