Eltje Malzbender has produced a gutsy ride to win her second gold medal at the Para Cycling Road World Championships in the Netherlands. 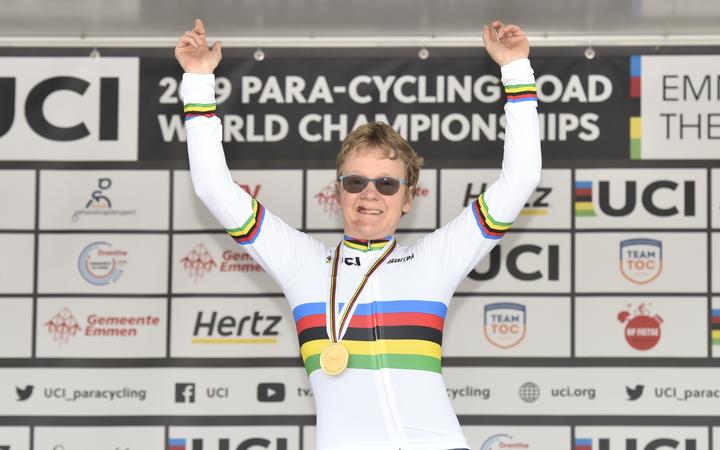 The Te Awamutu rider has won the women's T1 road race, despite a crash on the final lap.

Malzbender cracked one of her teeth in the fall but managed to return to her bike and hold off her closest rival from Canada.

"I got it wrong, I didn't lean inwards like you do on the trike and then fell off to the left side and they tell me within 30 seconds I was back on the bike. That was certainly an even bigger success than winning," she said.

"Eltje's ride was just so gutsy, the course doesn't suit trikes at all with the camber of the road and its technicality of the roads," para cycling head coach Stuart McDonald said. 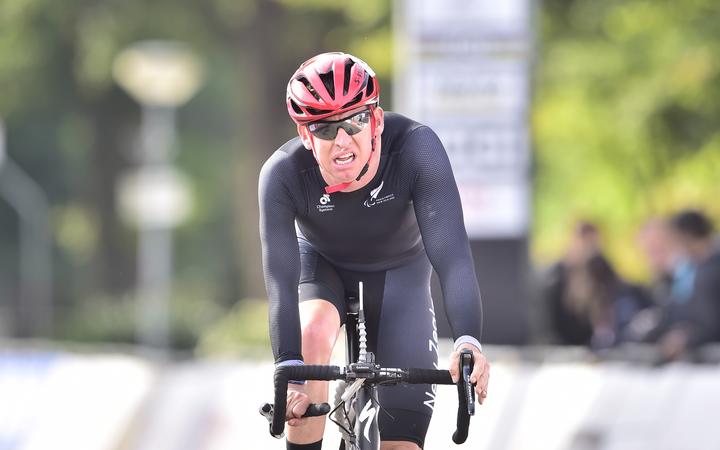 New Plymouth's Stephen Hills rounded out the New Zealand team's campaign in the Netherlands with a bronze medal in the men's T2 road race.

Hills finished just 13 seconds behind the gold medallist and five seconds off silver.

"A phenomenal day for us on the final day of racing to come away with two podiums and one world title," McDonald said.

"It was a great effort from Stevo, he prefers a hillier course and today's was pan flat. There were a number of crashes out there too and luckily enough he managed to keep himself out of the carnage."

"I'm really proud of that ride. I know how much work he's put in, building up over the past six months."

Rory Mead, who has only been riding a hand bike for a couple of years, cemented his position in the top 10 in the world in the H2 classification by finishing in fifth.

The New Zealand team will return home with three world titles - its best ever return from a Para Cycling Road World Championships.