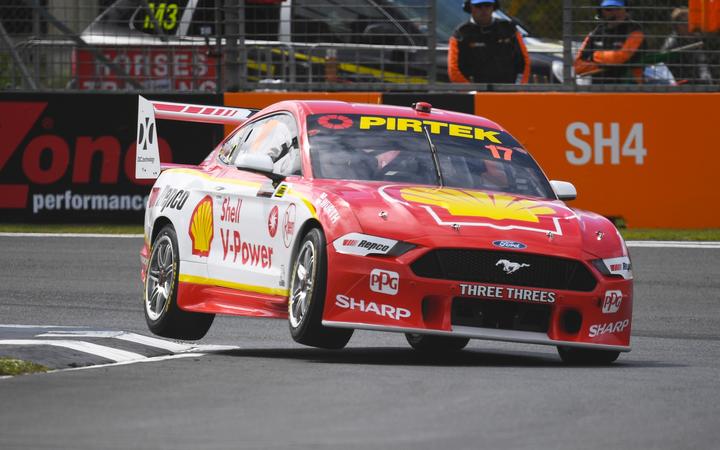 Championship leader McLaughlin claimed his 17th win of 2019 - eclipsing Craig Lowndes' 1996 record of 16 victories in a season - in a race that was marred by safety car confusion.

A technical issue involving Holden's David Reynolds brought out the safety car in lap 21 of the 70-lap race at Auckland's Pukekohe Park.

Despite McLaughlin being the race leader at that time, the safety car picked up the field in front of Whincup.

Inexplicably, just as he did at the 2015 Bathurst 1000, Whincup drove past the safety car despite its flashing yellow warning lights being illuminated at the time.

To compound the error, the safety car again picked up the field behind Whincup a lap later, costing several cars track position including Lee Holdsworth who was effectively running second at the time.

The Ford driver was one of three Tickford Racing pilots to lose positions in the confusion and team principal Tim Edwards led the chorus of protests.

"There's a whole group of cars behind Jamie that had all pitted so it's a monumental stuff up - inexcusable," Edwards said.

"It's hard to calm them down because, even sitting in the cockpit, they know there's been a stuff up. They're just irate."

Holdsworth crossed the line 15th behind teammate Cam Waters (14th) and Will Davison (13th), the two other Tickford drivers affected by the confusion.

For his part in the chaos, Whincup was issued with a drive-through pit-lane penalty - cruelling any hopes the Red Bull Holden Racing Team driver had of winning his second race of the season, having claimed his first pole position for 2019 earlier on Sunday.

The Holden star finished 16th and Red Bull team owner Roland Dane said while race officials had created the confusion, Whincup's decision to drive past the safety car was the biggest issue.

"To be honest, it's not good enough," Dane said.

"If the yellow lights are on, you can't go past it.

"We still should be better than that but so should Jamie."

The victory means McLaughlin heads to next month's Bathurst 1000 holding a monster 598-point lead in the championship.

Saturday race winner Shane van Gisbergen came home second to complete a fantastic weekend at his hometown track and also secure the Jason Richards Memorial Trophy as the driver with the most points across the event.

The next stop for the Supercars' championship will be the Bathurst 1000 on October 13 at Mount Panorama.