When men's netballer Junior Levi made the decision last year to switch allegiances and play for New Zealand it was well before there was any talk of a televised series against the Silver Ferns. 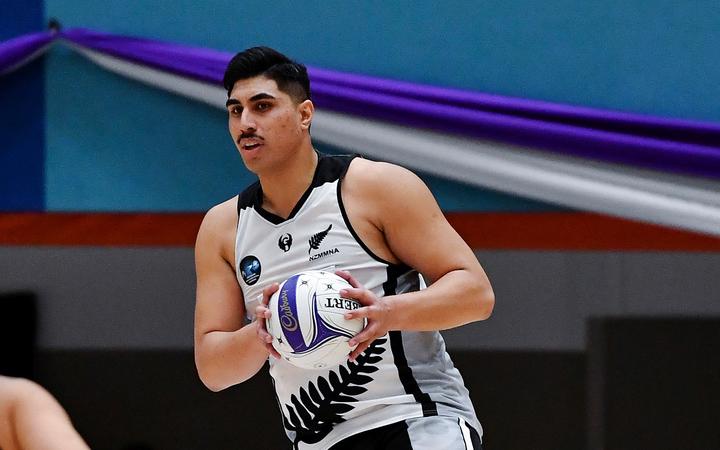 As it turned out, his timing was perfect and the announcement came earlier this year that there would be a series featuring the first ever televised games between the Ferns and men's team.

Either way Levi, who was born in Auckland but grew up in Queensland, said it was an easy decision despite once captaining the Australian side.

"When I first participated here and I played for Waikato and just being a part of this environment, I knew that I really wanted to give back to New Zealand.

"It is the country of my birth and that decision was easy and I haven't looked back. Even if the Cadbury Series didn't happen I'd still be here getting ready for the World Cup next year," Levi said.

This week Levi was back in New Zealand for the Men's Nationals in Porirua where his Waikato Tainui side beat North Harbour 65-38 in today's final.

Levi was also named in the wider squad for the inaugural Men's & Mixed Netball World Cup in Perth next October.

The goal shooter, who inevitably stands out at seven feet and two inches, said he also preferred the style of game played here.

"With us there's a lot more flair. In Australia it's a lot of short sharp athletic stuff but in New Zealand everyone loves the quick look away or the over the shoulder pass and it's really aerial here which I love more than anything really."

"Definitely, there are plenty of teams in the B Grade this year at Nationals so it looks like that lower tier underneath the Open section is coming through quite strong. In a few more years we'll see the fruits of that labour in terms of a lot more men playing elite level netball and really pushing our national side."

Matt Wetere, another member of the New Zealand team, also flew over from Australia for the Nationals.

Wetere has been based in Sydney for the past two and a half years but comes over to play whenever he can. He was also part of the winning Waikato Tainui side.

He believes the annual tournament is going from strength to strength.

Wetere, who captained the New Zealand men during the Cadbury series, said there was a little bit of envy from men's netballers in Australia.

"Absolutely, but there's also a sense of pride as well because we're all in this together. It's not just the New Zealand men who want this opportunity it's all across the world and it's just fortunate for us that we were the first," he said.

"And I've got great relationships and great friends with those that play for Aussie and we've had discussions about it and they're happy and they are hopeful for the same opportunities over there as well."

Wetere said they felt they were riding a wave of momentum and just wanted to keep it going as the side builds up to next year's World Cup in Perth.