Such is Steve Smith's dominance during a stellar Ashes campaign, his dismissal for 80 on day two at The Oval was something of a triumph for England's dogged pacemen and a cause for celebration in the British media. 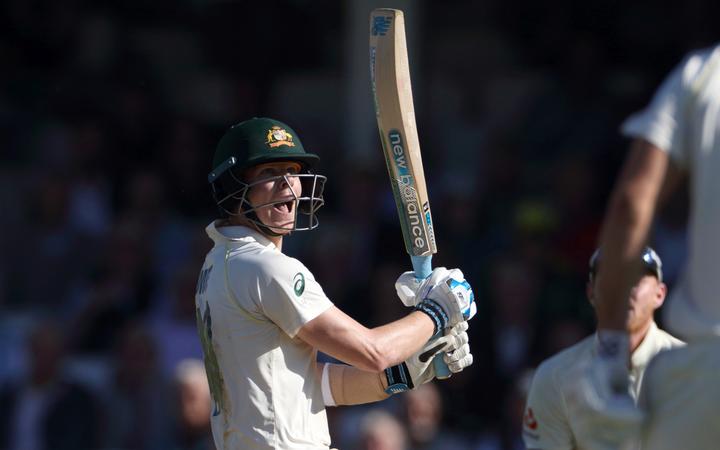 For Australia, however, the lone half-century of the innings was another reminder of their chronic batting failures and desperate dependence on their former captain.

Barring a 48 from Marnus Labuschagne, the only supporting actor behind Smith's virtuoso series, Australia's recognised batsmen failed to surpass 19 runs as the tourists crumbled for 225 in reply to England's first innings 294.

Australia safeguarded the urn with victory at Old Trafford and defeat in the final test would not diminish the achievement of retaining the Ashes in England for the first time since 2001.

Tim Paine's team will return home to a hero's welcome from an Australian public grateful to have moved on from the ball-tampering scandal that engulfed Smith, David Warner and discarded opener Cameron Bancroft.

But the series has raised uncomfortable questions for selectors before the home summer against Pakistan and New Zealand, with only Smith and Labuschagne cementing their claims in the batting order.

Caught behind for five off Archer, Warner racked up his eighth single digit score of a nightmare series, while his opening partner Marcus Harris managed three.

Matthew Wade matched Harris's top score for the series of 19, with the recalled all-rounder Mitchell Marsh (17) failing to reach his batting average of 25.

Smith, likely to regain the captaincy once his leadership ban expires next year, could conjure only a tepid defence of his team mates after they showed scant resistance against the marauding Jofra Archer and a swinging Sam Curran.

"It hasn't been easy for the batters throughout the series," he told reporters.

"We haven't seen any huge totals really throughout the whole series ... There's always been something there if you're bowling good areas for long enough, we'll see you get rewards.

"(It was) unfortunate that we weren't able to put together, you know, at least one more good partnership to get ourselves up a bit nearer the tally. Wasn't to be."

For Smith, the 80 was his lowest score in a series that has yielded 751 runs, more than double the output of England's Ben Stokes, the second highest run-scorer.

The uncharacteristic manner of the dismissal, trapped in front by a straight delivery by Chris Woakes, was viewed by British media as a ray of light for England as they push for a face-saving win and a drawn series.

Smith later revealed he was battling a cold and had been loaded up with flu tablets.

"I felt pretty good at the crease, been struggling a bit today actually, got a bit of a flu," he said.

England, who resume at nine for no loss later on Saturday, will not pray for his speedy recovery.