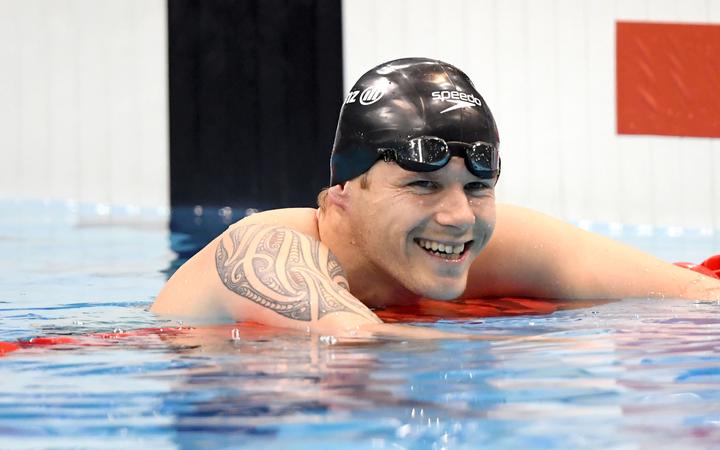 The pair went stroke for stroke for two thirds of the final race before the Northland swimmer edged ahead to break the 15-year-old world record and win by just under half a second.

Leslie says he was so focused on achieving a personal best that he had little idea of the enormity of what he'd just achieved.

"It was a weird one, it was similar to the backstroke yesterday, I was trying to hold my rating higher for longer, so I was just focused on being in the water and getting good purchase from each stroke.

"I had no idea I broke it, I was just chasing a personal best."

Aucklander Tupou Neiufi swam a personal best of 31.85sec in the morning's heat of the women's 50m freestyle S8 to qualify for the final, going on to finish eighth in 32.08sec.

Malzbender started her race conservatively before building a solid lead over the two-lap race, increasing her advantage at every time check and eventually finishing more than one and a half minutes ahead of silver medallist Yulia Sibagatova from Russia.

In the men's H2 Time Trial, Rory Mead rode a well-executed race to produce a personal best and finish fifth.