Two silver medals for the New Zealand team on day one of the Para Cycling Road World Championships in the Netherlands. 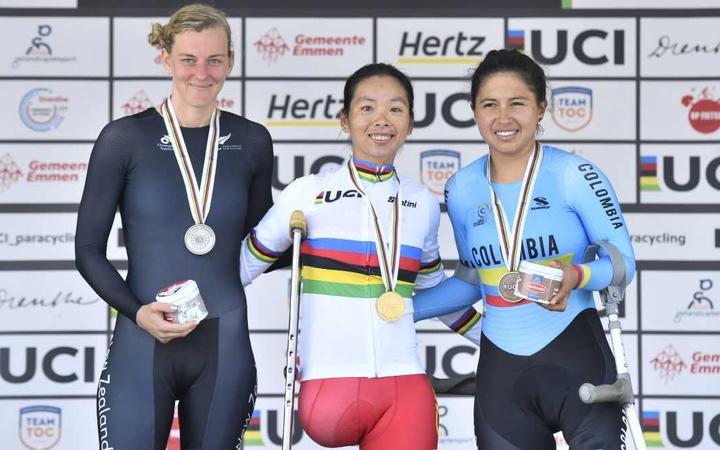 Sarah Ellington (left) after being presented with her silver medal in the women's C2 individual time trial Photo: SWpix.com

It's Foy and van Kampen's third major medal as a tandem, having won gold and bronze at the Track World Championships in March.

"I think we've had a little bit of time to settle in to this combo and also for both of us not having to work and being able to focus on training has been a game changer," van Kampen said.

"I think that's been a massive bonus. We've seen heaps of improvement." 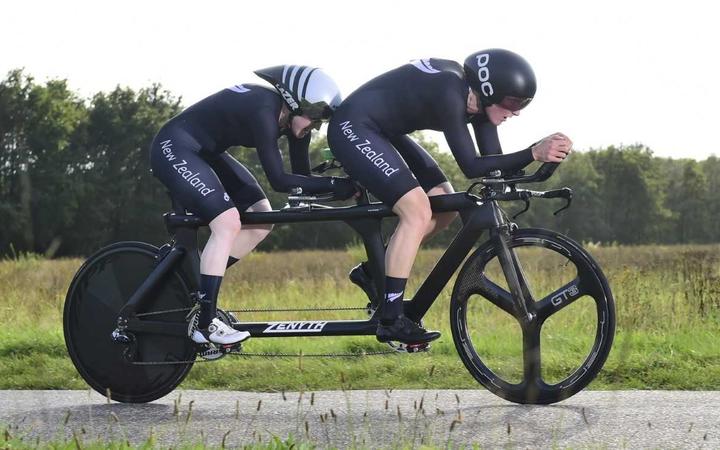 Ellington has also recently given up work as an administrator to focus solely on cycling and it's given her extra belief.

"Probably just learning that I do have the capability to get in the stage. I guess it's always hard to see other competitors always getting up there and you not necessarily but having confidence in yourself and trusting that the coaches have prepared you enough to get you to where you need to be," she said.

"It was quite a flat course but there were a few corners, so probably what I'd worked on the most was taking the corners nice and wide and keeping control in the corners and getting the bike back up to speed once I'd gone around the corner, then focusing on the power in the flat sections and just getting into my own rhythm.

Fraser Sharp has finished seventh in the men's C2 time trial, after a crash, while Nicole Murray has come home ninth in the women's C5 time trial.