Latest - Four-times grand slam champion Kim Clijsters plans to come out of retirement after a seven-year hiatus and return to the WTA Tour in 2020. 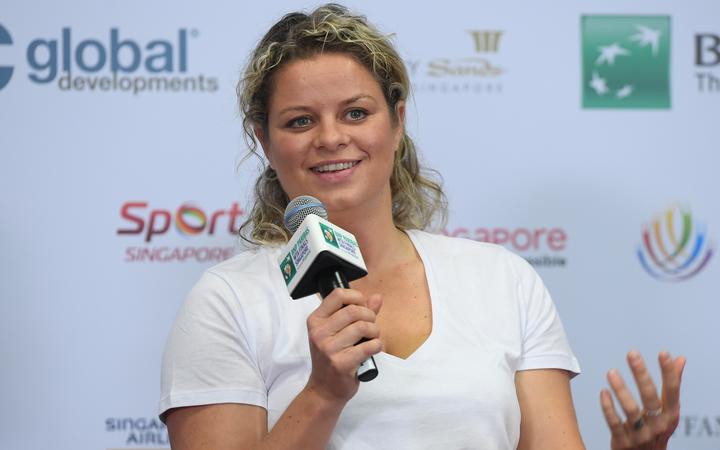 The decision marks the 36-year-old Belgian's second return to the sport after first retiring in 2007.

"I don't really feel like I want to prove something," Clijsters said on the WTA Insider Podcast. "I think for me it's the challenge.

"The love for the sport is obviously still there. But the question is, am I capable of bringing it to a level where I would like it to be before I play at a high level of one of the best women's sports in the world.

"I want to challenge myself and I want to be strong again. This is my marathon."

Two years after winning her first major at the 2005 US Open, an injury-plagued Clijsters decided to quit the game at the age of 23 to start a family, returning two years later to claim her second US Open as an unranked player in only her third tournament back.

Clijsters defended her title at Flushing Meadows the following year and then won the Australia Open in 2011 en route to topping the world rankings for the first time since 2006.

A rough introduction to the European Tour for New Zealand golfer Daniel Hillier. 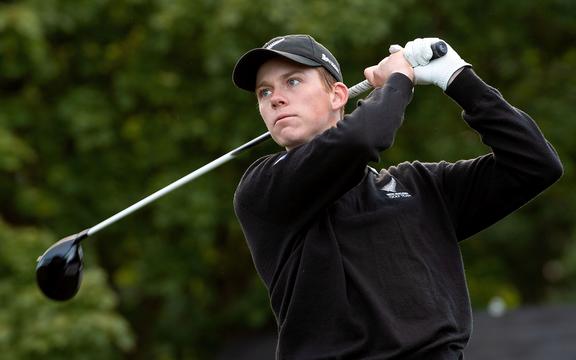 The rookie professional has carded a six-over par 78 in the opening round of the KLM Open in the Netherlands.

Hillier's tied for 139th place, 12 shots behind the outright leader.

Fellow Kiwi Michael Campbell is tied for 111th after opening with a three-over par 75.

Hawke's Bay has continued its unbeaten start to the national provincial rugby competition. 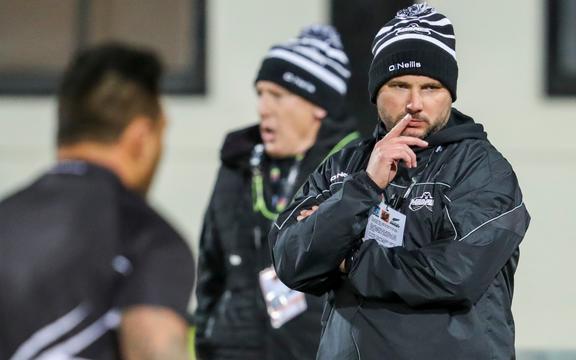 The Magpies have come back from 19-10 down to beat Waikato 27-24 in the round six opener in Hamilton and move 12 points clear at the top of the championship ladder.

Hawke's Bay scored two of its four tries when Waikato lock Antonio Shalfoon was yellow carded midway through the second-half.

Waikato remain second in the premiership, eight points behind Tasman, who host North Harbour on Sunday.

The New Zealand surfing team has set up a big Black Friday of competition at the World Surfing Games in Japan. 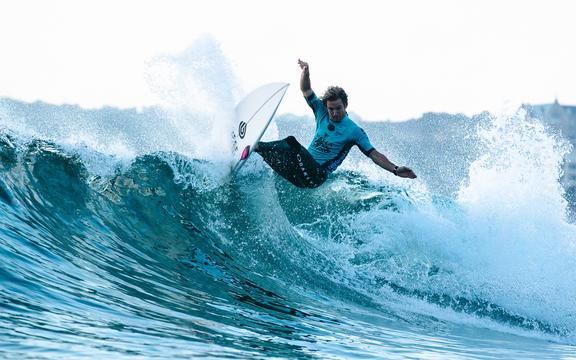 A good day of competition in small conditions under the 1.0m mark has seen Raglan's Billy Stairmand advance to the third round of the men's division.

Another progression for Stairmand tomorrow puts him inside the top 30 surfers at the event and a chance of claiming the Oceania slot for the Tokyo Olympics.

Fellow Kiwis Kehu Butler and Ricardo Christie lost their second round heats and have dropped back to the repechage rounds.

They now have to surf a further three rounds to advance inside the top 30 and challenge Stairmand for the Oceania slot.

No other Oceania surfers remain in the event.

The United States has lost for the second straight game at the Basketball World Cup in China and are now guaranteed to record their worst-ever finish at the event. 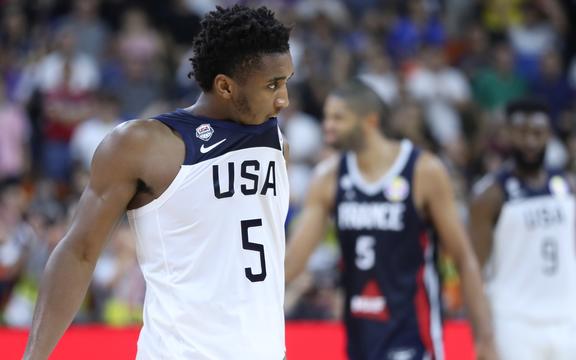 The USA has lost 94-89 to fellow failed gold medal hopefuls Serbia in their first classification game, 24 hours after they were eliminated by France in the quarter-finals.

The World Cup will conclude for the Americans tomorrow with a final match against Poland or the Czech Republic to decide whether they finish seventh or eighth.

Previously their worst finish was sixth at the home World Cup of 2002.

Appearing frustrated at being out of medal contention, Gregg Popovich's side produced a disastrous first quarter to trail Serbia 32-7. They twice fought their way back into contention but were ultimately defeated.

Roglic another stage closer to the Vuelta a Espana title

Colombian Sergio Higuita has earned his first professional victory by winning stage 18 of the Vuelta a Espana as Slovenia's Primoz Roglic closed in on the title by increasing his overall advantage to two minutes and 50 seconds.

Higuita, 22, formed part of an early breakaway group of six riders but used his skills as a time trialist to surge off on his own on a descent with 46km to go of the 177.5km mountain ride from Colmenar Viejo to Becerril de la Sierra.

The group of general classification contenders containing Roglic slowly closed the gap on Higuita but the Colombian held his own on the final descent and comfortably took the stage win with a gap of 15 seconds over Roglic.

Roglic beat Alejandro Valverde in the sprint to take the runners-up spot, with the Spaniard back up to second overall after his team-mate Nairo Quintana finished one minute and one second back.

Semenya to finallly be awarded 2011 gold

Olympic 800 metres champion Caster Semenya will be officially awarded her gold medal from the 2011 world athletics championships at this year's edition in Doha, but will not be there to receive it. 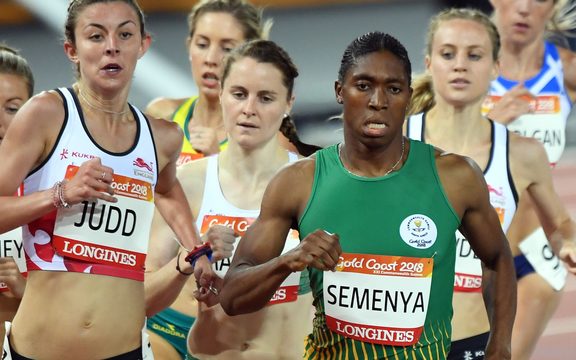 Semenya was elevated to the gold medal position two years ago when Russian athlete Mariya Savinova, who sped past her on the final straight, was later disqualified for doping violations.

The South African athlete had hoped to defend her 2017 world championship title in Doha starting on Sept. 27, but was forced to withdraw with no verdict yet delivered in her appeal to the Swiss Federal Tribunal against testosterone regulations imposed on her.

Semenya is appealing the Court of Arbitration for Sport's (CAS) ruling that supported regulations introduced by the sport's governing body, the International Association of Athletics Federations (IAAF).

These say that XY chromosome athletes with differences in sexual development (DSDs) can race in distances from 400m to a mile only if they take medication to reach a reduced testosterone level.

Semenya has refused to be bound by these restrictions, placing a cloud over her future in athletics.

Athletics South Africa (ASA) has confirmed that Semenya would not be in Doha to receive the medal personally during an IAAF ceremony, but that a representative would collect it on her behalf.

The all-electric Formula E series has reported record audience figures and revenues as well as making a profit for the first time thanks to sponsorship growth. 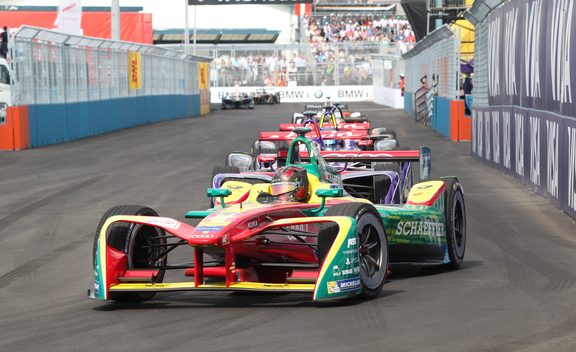 The city-based series, which starts its sixth championship in Saudi Arabia in November, said revenues increased 50% to more than 200 million euros last season, according to preliminary figures.

EBITDA -- earnings before interest, tax, depreciation and amortisation -- was positive for the first time.

While no full breakdown was provided, a spokesman put the profit at around 1 million euros and said sponsorship was up 25%.

Formula E said the cumulative television audience had grown 24% year-on-year to more than 411 million with 72% of fans on social media aged under 35.