Heavyweight Dereck Chisora has threatened to pull out of next month's fight with New Zealand boxer Joseph Parker during an extraordinary news conference in London. 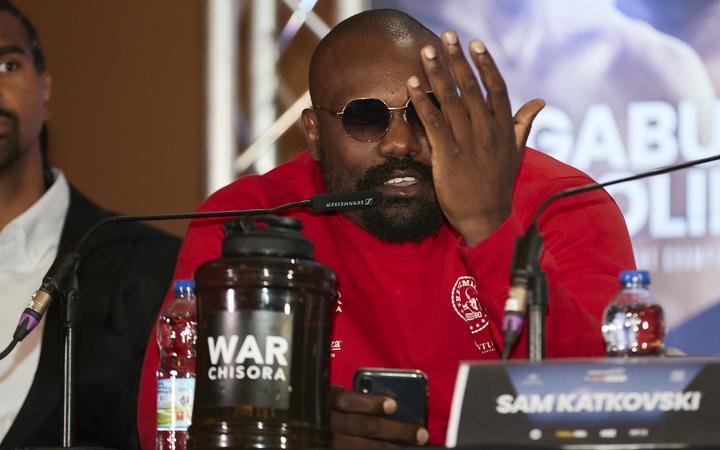 Chisora, 35, produced an expletive-filled rant as he demanded more money.

The fight on 26 October at London's O2 Arena is the chief support to the world title bout between super-lightweights Josh Taylor and Regis Prograis, in the final of the World Boxing Super Series.

"Give me main event or pull me out of the show," said an angry Chisora.

"I'm not going to sell out the O2 for them guys to be the main event. I'm being serious, you want me to sell it out to the London crowd, my London fans, then put these little guys that no-one knows about on my show and mug me off.

"I'm taking the main stage, if not I want more money."

Promoter Eddie Hearn announced the unification bout event, with the headline contest being between Scotland's Taylor and American Prograis.

The first news conference to promote the show was held at a London hotel with Chisora and his promoter David Haye sitting alongside Sky Sports' head of boxing Adam Smith, promoters Hearn as well as Taylor and Prograis.

Twenty minutes into the news conference, Hearn asked Chisora his thoughts on the fight and the Londoner asked "who is the main event of this fight?"

Hearn replied by saying "the gentleman sitting next to you" [meaning Prograis] and Chisora said: "That's not going to work for me."

At one stage, Prograis himself interrupted Chisora by saying that he and Taylor were the top two boxers in the super-lightweight division and Chisora replied: "Don't get me started.

"No-one cares about you," he added. "I'm tired of selling shows and not making money so give me some of the money you are making. Boxing is thriving with the heavyweights, the big guys in the top 10.

"Let them box in Glasgow and they can sell it out there."