First person - Following the Tall Blacks camp around China during the Basketball World Cup, I learned a few things. 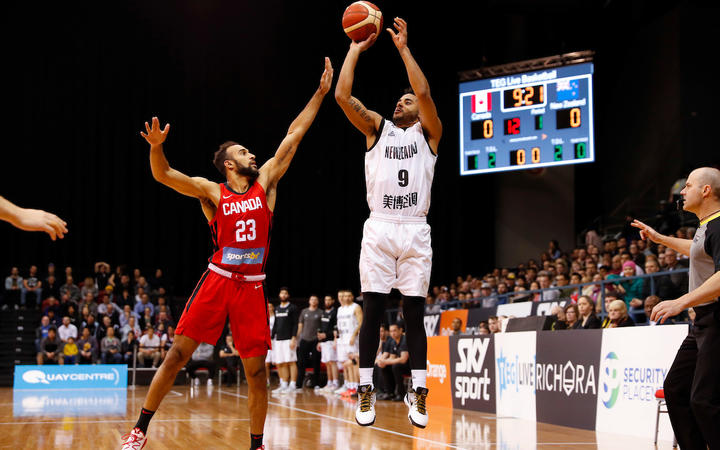 The Tall Blacks will be the first to tell you they are not the most talented basketball nation in the world.

This is true, they don't possess an NBA MVP like Greece's Giannis Antetokounmpo.

What this team does possess though is a belief it can compete with the best in the world.

The Tall Blacks have a never-say-never attitude. Their fightback against Brazil in the final quarter of their World Cup opener, coming within five points of beating Greece and thumping Japan 111-81 when their tournament was over, is evidence of that.

The team isn't completely without talent: Shooting guard Corey Webster, for the second World Cup in a row, showed that he's not intimidated by his big-name opponents.

Webster is the tournament's top scorer, putting up 102 points across four matches with a three-point shooting efficiency of 57.9 percent.

By comparison, the USA's top point scorer to date, Kemba Walker, has 57 points over the same number of games.

The way Webster has lit up the Basketball World Cup, one has to wonder how he has not cracked the NBA yet. Perhaps it is not too late. 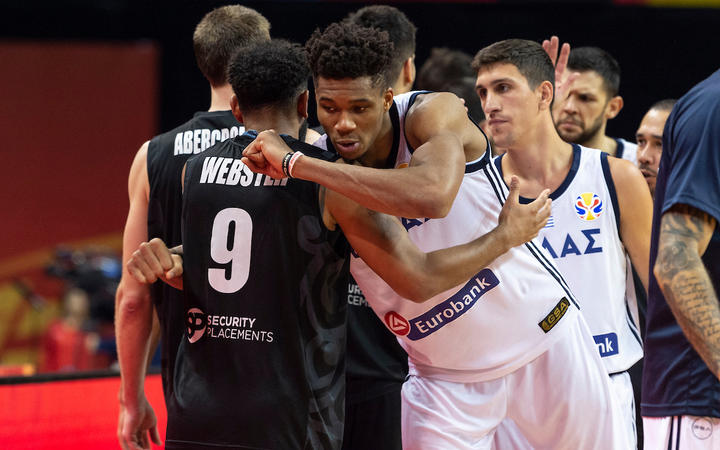 hooting Guard, Corey Webster is given a respectful hug at the end of the match by Greece's Giannis Antetokounmpo. Photo: Photosport

What's also evident is the bond this side has. Everyone in the Tall Blacks knows their role and executes it very efficiently.

New Zealand's bigs - Rob Loe, Alex Pledger, Isaac Fotu, Tohi Smith-Milner and Finn Delany - managed to defend the paint against men bigger and stronger than themselves while freeing up space for their shooters on attack. It was admirable.

While they could have done with a particular athletic NBA centre, there was only ever one very brief mention of Steven Adams publicly.

His name does not get mentioned around this group; they are about those who want to play.

Mostly, though, the way New Zealand played was exciting. While the crowds were cheering for the bigger names at the tournament, the Tall Blacks got plenty of wows.

The connection Corey and Tai Webster had on court showed an understanding of each other's games only years of growing up together, throwing the ball around would do.

Their alley-oops, no look passes and scoring ability both at the rim and beyond the arc had opposition teams scratching their heads.

And it wasn't just the Webster brothers.

Yes, the team failed to reach the knockout stages for just the second time, but in a pool that they were the lowest ranked side in, that was expected.

Coach Paul Henare will leave the tournament naturally disappointed but with the knowledge his side has potential for years to come.