Dunedin's Courtney Duncan has been crowned women's Motocross World Champion after comfortably winning the penultimate race of the season in Turkey.

It's Duncan's first championship title after several near misses in previous years.

Last year she had a commanding lead with two rounds remaining only to be forced out with a foot injury.

The year before she was also in contention to win the championship but a controversial decision from race officials ended her title hopes when she was leading the second to last race of the season relegated her down the field and ending her title hopes.

In 2016 she was also at the top of the championship standings but was injured in a collision with a photographer who had been standing on the race track, at the German Grand Prix. 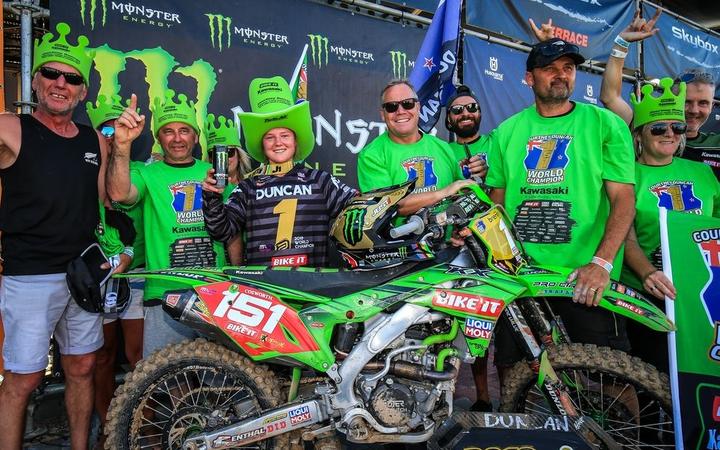 "Honestly I don't know to describe it," after today's race in Turkey.

"The journey to get here as been tough man. It's be tough after winning my first pro race on debut and I felt like I couldn't do anything wrong but it's been a downward slope since then and this year we changed it and turned it around...and it feels amazing."

"I couldn't have done it without my family. They've gone to ridiculous lengths to get me to here today and my team Dixon racing and all my sponsors I just want to say 'thank you.'

Duncan switched from a ten year association wtih Yamaha to ride for Kawasaki this season and its paid off winning all but one of nine races.

She is the first New Zealand woman to win a world motocross title since Oberlin-Brown (nee Prumm) won the Women's World Cup in 2006 and 2007. 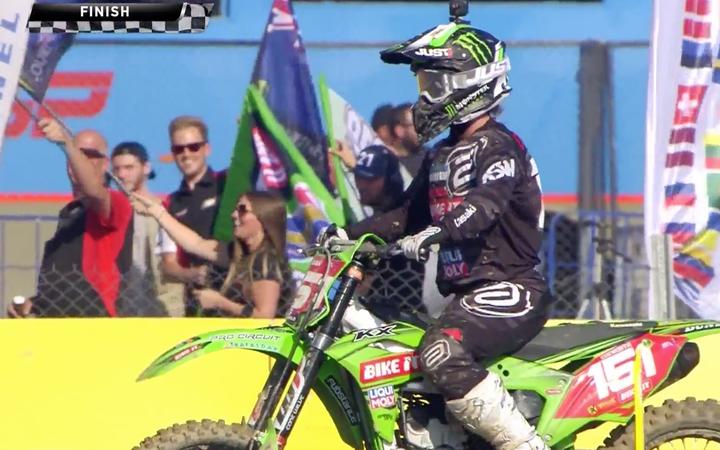