Rafa Nadal moved to the brink of a 19th career Grand Slam title by beating Matteo Berrettini 7-6(6) 6-4 6-1 to reach the US Open final. 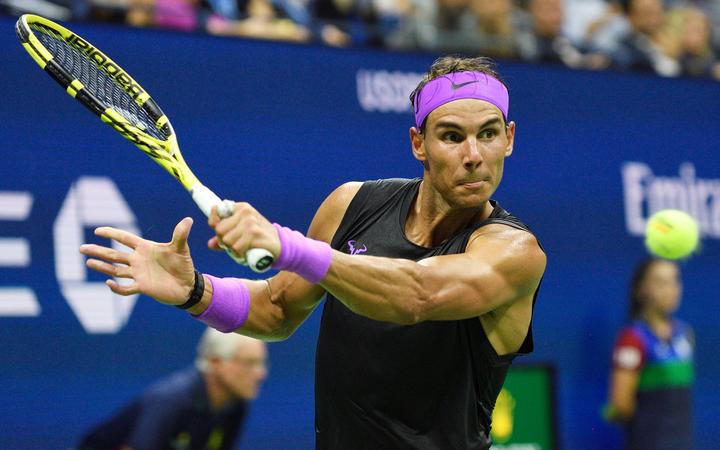 Nadal put pressure on the underdog Italian's serve from the start but Berrettini saved six break points to set up a first set tie breaker.

Berrettini raced out to a 4-0 lead thanks to some uncharacteristically sloppy play from the Spaniard and the 23-year-old had two set points at 4-6.

But Berrettini suddently got tight and Nadal took advantage, wearing him down in the extended baseline rallies and capturing the set when the Italian sent a forehand long for his 20th unforced error, leading Nadal to let out a roar.

Nadal broke Berrettini on his 10th opportunity to take a 4-3 lead in the second set and cruised to the finish, absorbing Berrettini's powerful forehands and redirecting them to his weaker backhand side to see off the first time slam semi-finalist.

"The first set was a little bit frustrating because I had a lot of break points and you don't want to be in a tiebreak against a player like Matteo," Nadal said afterwards.

"I survived that moment and finally I had the break ... I think I started to play with more calm and was more aggressive.

"I just tried to stay focused on the next point."

Nadal tipped his hat to the 24th seeded Berrettini, who came through several epic battles to reach the semis in New York.

"He's young and he has everything," he said.

"He's already one of the best players in the world."

Next up for Nadal is a showdown with big-serving Russian Medvedev, who was a straight sets winner over Grigor Dimitrov earlier in the day. The pair's only previous meeting took place in the final of last month's Rogers Cup in Montreal, where Nadal was a 6-3 6-0 winner.

"He's one of the more solid players on tour," Nadal said of the 23-year-old, who will be appearing in his fourth consecutive final and first at a Grand Slam.

"He's taking steps forward every single week, having an amazing summer. I need to be playing at my best.

"As always in a Grand Slam final you can't expect an easy opponent."

If Nadal wins the final he will be just one shy of Roger Federer's record of 20 men's Grand Slam titles.