A 16-strong Silver Ferns squad featuring eleven members of the netball world winning side has named for the upcoming international season.

Defender Casey Kopua, who retired after July's win in Liverpool, is the only player missing from the squad with veterans Maria Folau and Laura Langman both named.

A 18 strong development squad with an eye to the Youth World Cup in Fiji in 2021 has also been named. 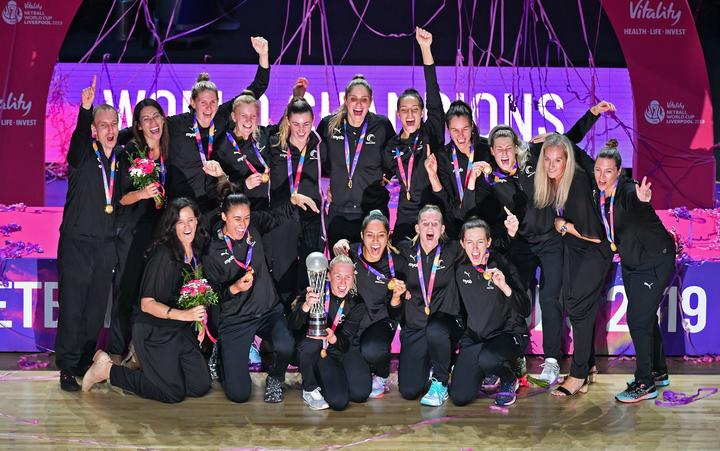 Silver Ferns head coach Noeline Taurua said she was pleased with the mix of experience and youth across the two squads.

"It has been a great outcome to retain our experienced players in the Silver Ferns Squad and Silver Ferns Development Squad but we also see there was plenty of exciting young talent that need to be exposed to elite international netball," she said.

"We also have to acknowledge and recognise the value our experienced players bring to the overall mix. This is a new era for us, and if we are strategic in selections and succession planning then we should reap the rewards not only in Fiji but also beyond."

Injured players Kelly Jury (shoulder surgery), Temalisi Fakahokotau (ACL injury) and Erena Mikaere (due for surgery next month) are all included in the development squad.

In a couple of weeks Taurua will reduced to 16 strong squad to 12 for the Constellation Cup series against Australia in October.