The Black Caps have overcome a couple of injury setbacks to win a dramatic second Twenty20 cricket international against Sri Lanka and seal the three match series. 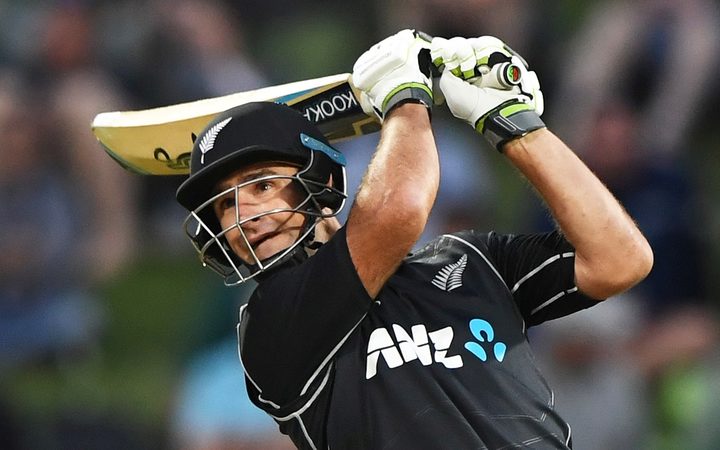 New Zealand's beaten Sri Lanka by four wickets in Kandy, chasing down the 162 required for victory with two deliveries remaining, despite being without senior batsmen Ross Taylor and Martin Guptill.

Taylor played no part in the match after picking up a minor hip injury in the series opener, while Guptill was unable to open the innings after sustaining an abdominal injury while fielding.

They both scored half centuries (Bruce 53 off 46 and de Grandhomme 59 off 46) and shared in 109-run partnership for the fourth wicket after New Zealand had been in early trouble at 38/3.

But they fell short of the finish line, with de Grandhomme, Bruce and Daryl Mitchell all dismissed in the space of seven deliveries to leave the Black Caps needing seven runs from the final four balls.

Mitchell Santner then appeared to be caught on the boundary from the next delivery, only for Kusal Mendis and Shehan Jayasuriya to collide in the outfield and Jayasuriya to tumble over the rope to give Santner six and tie the scores.

He then pulled the next ball to long-on for four to complete the win and wrap up the three match series with a game to play.

The half century was de Grandhomme's third straight significant innings, after helping set up New Zealand's win in the second test in Colombo.

"Just trying to do my job for the team and obviously I hit it pretty well in the test match and just tried to carry on from there," he said.

"Obviously a bit nervous with the last couple of wickets but you always know you're only one big shot away and T20 sometimes goes like that."

Despite New Zealand's two half centuries, Black Caps captain Tim Southee was named man of the match, after returning figures of 2/18 from his four overs, helping restrict Sri Lanka to 161/9 after they won the toss and decided to bat first.

Seth Rance bounced back from his showing in the series opener to take 3/33, while Scott Kuggeleijn took 2/38.

"And we had a little bit of luck down here on the boundary and I hope those two guys are alright and not too seriously injured but yea it was a bit of luck our way and then we were able to cross the line.

"But I think it's a sign of a good sign that different guys are standing up and Tom Bruce coming in in his first game for a while for New Zealand and to put in a performance like that was very pleasing."

And Southee is counting the cost of the injuries ahead of the final Twenty20 in Kandy on Saturday morning NZT, with fast bowler Lockie Ferguson having previously been ruled out of the series with a fractured thumb.

"We'll have to do an injury check and see who's available for the next game.

"We'll enjoy tonight and enjoy a series win and then shift our focus to the last game."