Warriors CEO Cameron George insists it is business as usual for the rugby league club, despite boardroom wranglings. 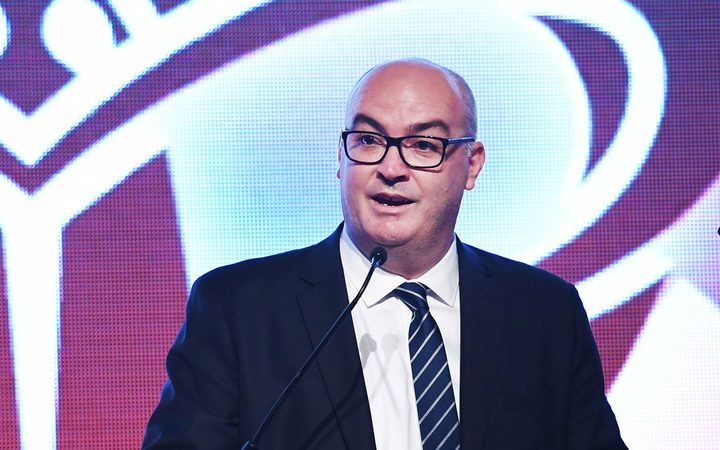 Minority shareholder Autex Industries is making a play to buy the Warriors outright, just a year and a half after the club was sold by Eric Watson.

"We've had discussions happening between shareholders and where they land and when they land that will remain amongst them. I just hope for the sake of us and our fans that those discussions are concluded sooner rather than later," George said.

The previous ownership change dragged on for some time and George said everyone was keen for it to be sorted out quickly.

"I've only been here for two seasons and I've endured this for most of my time so it's been for me on a personal note quite a challenging period. But I think everyone is aware of the ramifications of long-running negotiations."

This morning George said he and the chairman updated all the players and staff about where things were at.

He said decisions around player signings for example had not been put on hold while the boardroom issues got sorted.

"Not from my point of view - we're looking at many options at the moment in regards to that and we've got a footy club to run and will continue to do so. We can't sit on our hands. We've got to do a lot of things at the end of the season in moving forward."

He admitted the Warriors poor results this season meant it was tougher off the field too.

"It all has a ripple effect ...it all starts on the pitch and then that fills the grandstands, it gets sponsors excited, it gets you PR, it gets you everything and everyone's really positive and upbeat. When it doesn't happen that way it is a challenge. As long as we identify the reasons we can fix and we fix that, that's all I want this club to do."