Tusi Pisi will make his third World Cup appearance at the age of 37, while prop Michael Alaalatoa will complete a compelling family story after both were named in Samoa's squad on Saturday. 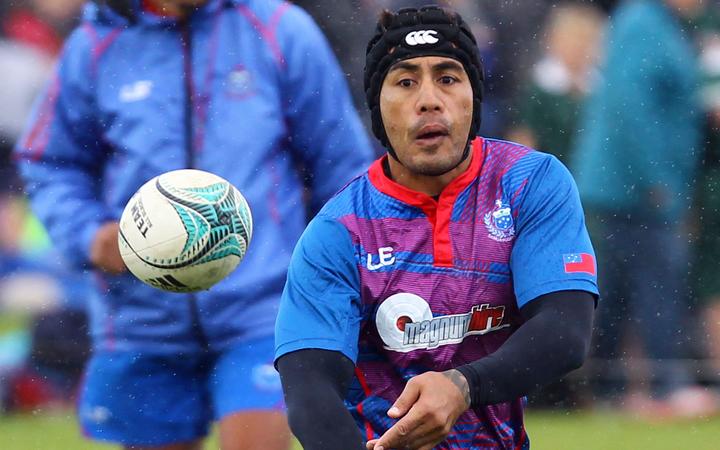 Pisi played in both the 2011 and 2015 tournament and is still playing professionally in Japan. He played with two of his brothers Ken and George at the last World Cup in England.

Alaalatoa's father Vili was in the first Samoa side to play at the World Cup in 1991, while his younger brother Allan has been named in the Australian squad for the tournament.

Michael made his first appearance for the side in a match against a New Zealand Heartland XV on Saturday and could potentially face Allan next week in Sydney when Samoa play the Wallabies.

"Anyone would be keen to play their brother, wouldn't they," coach Steve Jackson told reporters in Auckland after the squad was announced.

"This is the first time he has been with us in our environment and first time back in his culture.

"He's a quality footballer. He comes from a background with the Crusaders. He knows what it's like to win and I'm sure we will draw on a little bit of that intelligence from him."

Former rugby sevens player Belgium Tuatagaloa has also been named in the squad after he made his debut for Samoa in 15s during this year's Pacific Nations Cup at the age of 29.

Former All Blacks Sevens player Tim Nanai-Williams has also been named for his second World Cup after he switched nationality through an Olympic qualifying loophole ahead of the Rio Games.

Samoa, who had to qualify for the World Cup by beating Germany in a playoff, face Russia in their Pool A opener on Sept. 24 before they meet Scotland, Japan and Ireland.