Wayne Bennett believes the Warriors haven't seen the best of Kodi Nikorima, an observation that will be welcomed by the faltering New Zealand NRL club. 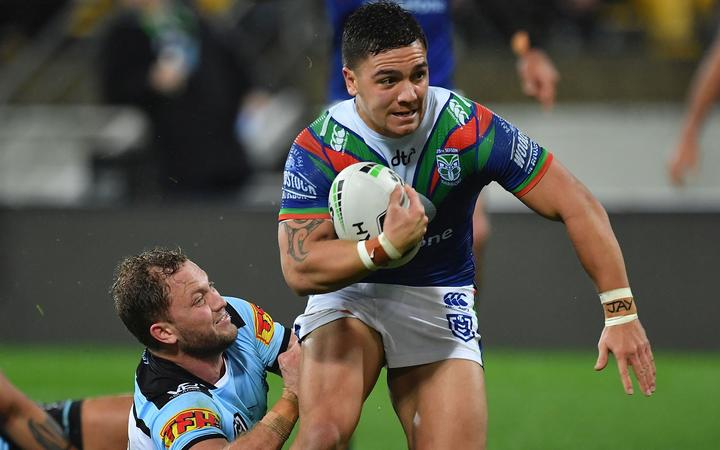 South Sydney coach Bennett called on the Warriors to show patience with the former Broncos halfback who crossed the Tasman early into his sixth season in Brisbane.

Regarded as a like-for-like replacement for Shaun Johnson, Nikorima has only shown glimpses of his best in 13 Warriors appearances, forming part of a halves group that has struggled for synchronicity.

Veteran Blake Green is first receiver on both sides of the ruck, leaving Nikorima often isolated from play on the left.

The quality of Green's short kicking game has deserted him in the second half of the season, contributing towards a forgettable final month, including Friday's 31-10 lesson from South Sydney.

Bennett was reluctant to advise the 14th-placed Warriors how they can improve in 2020 but the former Brisbane mentor expects Nikorima to be a more influential figure.

He compared Nikorima's move to that of second rower Jaydn Su'a, who left the Broncos for the Rabbitohs in June.

"It's a tough thing to leave a club in the early part of the season," Bennett said.

"The biggest thing we do with our players is have good pre-seasons, when they are there with you.

"Jaydn Su'a is going to be a lot better player than he showed here tonight and he's struggled coming to us halfway through the season.

"Kodi is the same. I've been watching Kodi, I really rate Kodi highly and I was sorry he left the Broncos, but he'll deliver the goods for you."

The Warriors face a daunting trip to Canberra next week before introspection begins about where it all went wrong after finishing eighth last year.

Coach Stephen Kearney said the effort on Friday was improved on recent weeks before bluntly pointing out the "class difference" his team encountered.

"They're hurting as a group, but I've reminded them about making sure we tip in the effort that we showed tonight and we work hard this week and take that to Canberra, because it's another big challenge for us."

Chanel Harris-Tavita earned more admiration from Kearney, even though the rookie five-eighth only lasted five minutes in a bench appearance, having suffered a suspected broken arm.

Kearney has admired the attitude of the 20-year-old all season and his role in the halves mix next year will be intriguing.

"He was in tears, because he didn't want to come off. He felt he was letting the team down and he was trying to make tackles with potentially a broken arm," Kearney said.