Latest - Serena Williams has trounced old foe Maria Sharapova 6-1 6-1 in their blockbuster first round clash at the US Tennis Open to get her quest for a record-tying 24th Grand Slam title off to a flying start. Williams, in her first US Open match since her infamous row with the chair umpire overshadowed her loss in last year's final, used her trademark power to overwhelm Sharapova in the first New York meeting between two of the sport's biggest names.

Eighth seed Williams showed no signs of the back spasms that forced her to retire in tears from the Toronto final two weeks ago and instead showcased some of her best on-court movement since returning from maternity leave in 2018.

Williams, who last faced Sharapova at the 2016 Australian Open, improved to 20-2 in career meetings against the Russian, who has fallen to 87th in the rankings amid an injury-hit 2019 season that included shoulder surgery in February.

Next up for Williams will be American wildcard Catherine McNally, who beat Swiss Timea Bacsinszky 6-4 6-1.

Koepka named player of the year 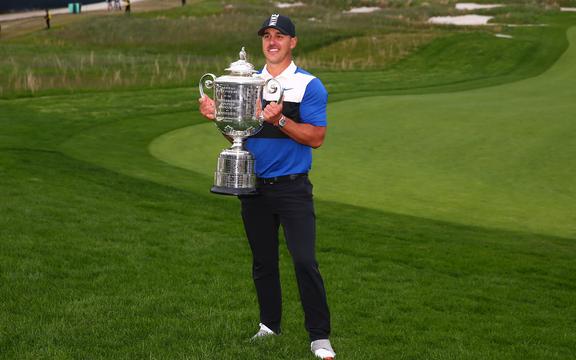 Koepka, winner of three golf titles this season including a successful defence of his PGA championship crown, finished with 84 points.

McIlroy, PGA of America Player of the Year in 2012 and 2014, also had a hat-trick of victories, with the Northern Irishman winning the Players Championship, Canadian Open and Tour Championship, for 78 points.

Patrick Cantlay and Gary Woodland were a distant third on 42 points.

A statue honoring African American tennis trailblazer Althea Gibson was unveiled on the opening day of the U.S. Open.

Gibson broke several color barriers in her career. In 1950, at 23 years old, she was the first African American allowed to compete at the U.S. Nationals, the precursor to the U.S. Open.

In 1956, she became the first black player to win the French Open and the following year the first to win Wimbledon and the U.S. Nationals.

The Tall Blacks rounded out their World Cup preparation with an 88-82 win over world number 13 ranked Italy in China. 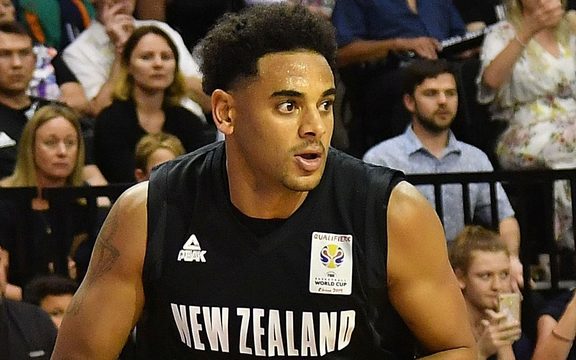 The New Zealanders were in control throughout, establishing an early lead on some hot outside shooting that saw 7 three balls drop in the first quarter alone, and nine at halftime (from 16 attempts).

The Italians simply had no answer to the quick ball movement and pace of the New Zealanders, who defied the schedule and the odds with one of the bigger wins in New Zealand basketball history.

Corey Webster led the team superbly, not only with his 21 points (seven of 16), but with six assists, a figure matched on the night only by his brother Tai.

Head Coach Paul Henare was delighted for his players, not just in the performance, but to savour a victory over a world class team prior to heading to Nanjing and their first World Cup group game against Brazil on September 1st.

"We have been battling hard for a few weeks now and the schedule we have put these guys through - I think this was our fifth game in seven days against quality opposition, and that has been tough. For our boys to be able to hang mentally tough and walk away with a win was really pleasing for them to get the reward and that winning feeling against a world class side."

Irishman Sam Bennett claimed a maiden Vuelta a Espana stage victory as he pipped rival Edward Theuns to the line in a sprint finish to win stage three of the race, a 188km flat ride from Ibi to Alicante.

The Irish national champion, who surged ahead of his fellow sprinters on the finishing straight, now has four Grand Tour stage victories and celebrated a famous double for Ireland after race leader Nicolas Roche retained the red jersey. He is the sixth Irishman to win a stage at the Vuelta and the first since Roche in 2015.

Roche finished in the main peloton and retained a two-second advantage over nearest rival Nairo Quintana. He has eight seconds on third-placed Rigoberto Uran.

Tuesday's stage four represents another chance for the sprinters on a 177km flat stage from Cullera to El Puig before the race moves to the mountains and the general classification contenders should come to the fore.

Brooke Donoghue and Olivia Loe won their heat to progress to the semi-finals of the women's double sculls at the World Rowing Championships in Austria.

Donghue and Loe won the double sculls world title in 2017 and were silver medalists last year.

Para-rower Gavin Foulsham placed third in the PR2 men's single heat and moves to a repechage.

Hong Kong's Irfan Ahmed and Nadeem Ahmed have been banned from cricket for life for match-fixing and their team mate Haseeb Amjad has been banned for five years.

The trio were provisionally suspended by the world governing body in October after being charged for "fixing or contriving" aspects of Hong Kong's World Cup qualifiers against Scotland and Canada in 2014.

Olympic 800 metre champion David Rudisha escaped unhurt after his car collided with a bus on a highway near Keroka in his native Kenya at the weekend.

The collision took place when the 30-year-old Rudisha was travelling home to Kilgoris in western Kenya, after he lost control of his SUV when a tyre burst, the BBC reported.

"Thanking the Almighty God for the gift of life," 800 metres world record holder Rudisha said in a Tweet accompanied by a picture of his mangled car.

Rudisha, Olympic champion in 2012 and 2016 and twice world champion, has a wildcard to participate in next month's world championships in Doha.

Klopp will need a break at some stage

Liverpool coach Juergen Klopp said on Monday he expected to take a break from coaching to recharge his batteries once his term at reigning European champions comes to an end.

Klopp, who joined Liverpool in 2015 and has a contract till 2022, led the club to the Champions League title last season while finishing a close second to Manchester City in the Premier League.

"I have absolute energy. But I have one problem. I can't do 'a little bit'. I can only do 'all or nothing'," he told Germany's Kicker magazine.

"When I decide that I cannot do it any longer then I will take a break for a year."

Klopp joined Liverpool after a successful time at Borussia Dortmund where he won two league titles and a German Cup while also reaching the Champions League final in 2013.

Liverpool, who have not won their domestic league since 1990, are currently top of the table with maximum points from three games, two ahead of title rivals City.

Victory in the Premier League combined with last season's Champions League crown would instantly turn Klopp into the most successful Liverpool coach in decades.

The 52-year-old has also been repeatedly linked with the German national team and Bayern Munich in the past.