The Black Ferns finished with a flourish, running in five tries to one to beat Australia 37-8 in the women's rugby international in Auckland. 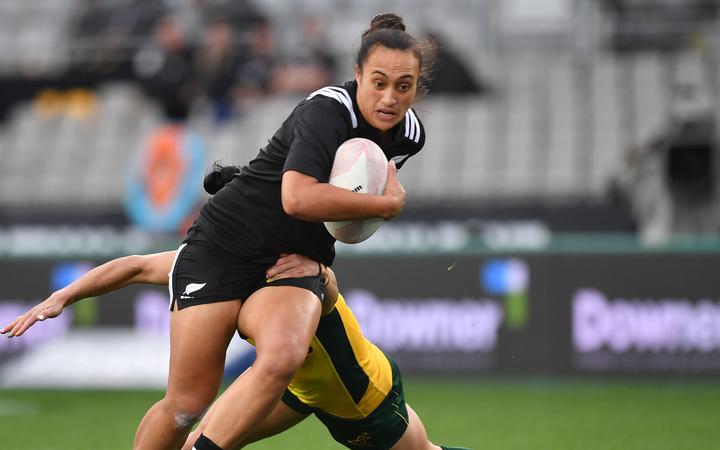 The Black Ferns won last week's match 47-10 in Perth, and were hot favourites to take game two in the Laurie O'Reilly Memorial Trophy at Eden Park.

But although they only led 17-8 at halftime and were pushed hard by the Wallaroos for 60 minutes, the Kiwis kept their Australian counterparts scoreless in the second spell to shut out the win.

Lori Cramer narrowed the gap for the Wallaroos right on halftime with a well-taken penalty, the Black Ferns taking a nine-point lead into the break.

Cocksedge nailed a 51st-minute penalty, before the Ferns upped the pressure with a couple of quick penalty taps and Hohepa powered over on the hour mark.

Forwards Charmaine McMenamin and Charmaine Smith rounded out the scoring with tries in the 66th and 80th minutes.