Black Fern Aleisha-Pearl Nelson shouldn't be playing rugby, at least that's what the doctors said, though the Auckland prop has beaten the odds twice to achieve her ultimate dream. 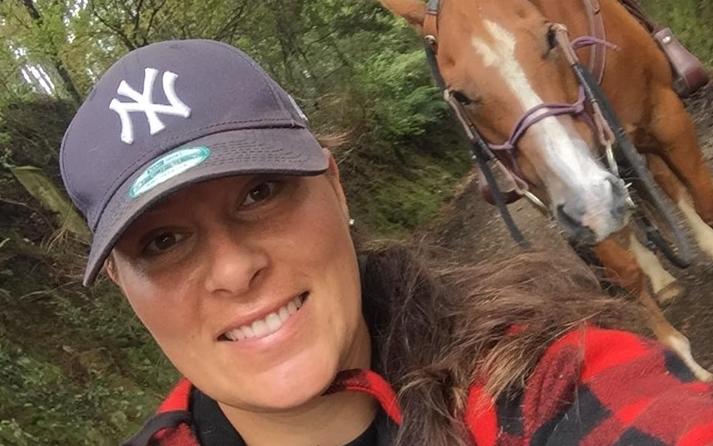 A proud Northlander with a love of rugby and horses, severe injuries from the latter almost ended her playing career.

Nelson was born and raised on a farm in Kaihu - north of Dargaville and south of the Waipoua forest.

Her dad Peter said it was there that her love of horses bloomed.

"It started from her and her grandmother wanting to get her (Aleisha-Pearl) a horse when she was about four. It's grown from there to having eight or nine horses here."

Her love for rugby blossomed at the same time.

"We used to take our son into morning rugby and Aleisha seeing these boys running around she wanted to get in there and stamp the grass like everyone else." Peter Nelson said. 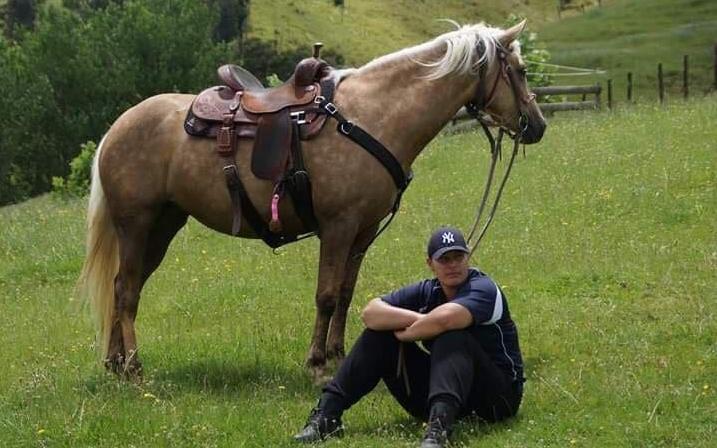 At 13 years old though, Nelson's passion for riding would almost cost her a leg.

"I was riding around the paddock with my friend and we we're having races. He cut me off and I had nowhere else to go but between all this junk that was in the paddock. When my horse went through, it caught my leg on a metal beam and just ripped the side of my leg off."

Her dad believes she was lucky more damage wasn't done.

"The wound didn't get seen for eight or nine hours, and when they finally did it had been covered and didn't look so bad, so they stitched it up. When they checked her again in the morning they realised she needed surgery and that the wound had died, it was black and they had to remove it. It was a big piece of meat, about half an inch deep and eight inches long and four wide."

"That's when it all started, she couldn't drink water from the town supply, as the chlorine would make her wound blister, it was terrible." 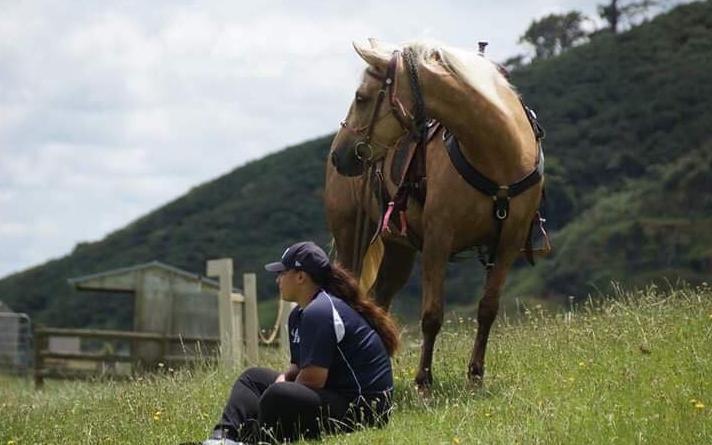 Black Ferns prop Aleisha-Pearl Nelson with one of her horses. Photo: supplied

Multiple surgeries and skin grafts later, Aleisha-Pearl was determined to play on, despite being told her rugby days were over.

"To hear that I wouldn't be able to play was devastating. Obviously that was one of the drivers because I just wanted to prove people wrong. That's the kind of child I was, if someone said I wasn't able or couldn't do something, I was going to do it."

That attitude inherited from her namesake and grandmother Olga-Pearl, a woman known for her toughness and tenacity.

"I always get told when I'm grumpy, or determined or anything like that, that I'm being like Olga, my Nan."

Nelson, of Ngātiwai and Ngāpuhi descent, says her parents have always given her unwavering support, though she had to ban her dad from her games after receiving too much unsolicited advice.

"Yeah, I've toned that down quite a bit, hahaha. It's not a case of wanting to but of having to hahaha." 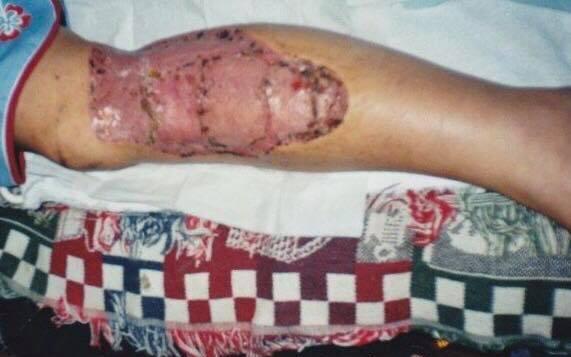 Nelson made her Black Ferns debut in 2012 but another horse related injury in 2016, nearly cut short her career.

"Mum had told me to go and get the sheep in on my horse. My horse slipped off a bank and I put my arm out to stop us and it didn't and my arm was through my wrist.

"I walked myself home with my dog and my horse and went straight up to the house and asked Dad if he could take me to the hospital. We left a note for Mum, she was furious because the sheep hadn't been brought in haha."

The injury was so severe that doctors again told her that rugby was over, but Black Ferns assistant coach Wes Clarke believes Nelson's toughness is second to none.

"We often don't see the battles the players fight behind the scenes. Just having someone like Aleisha-Pearl who's physicality on the field is huge for us and off the field she leads some of the younger players and actively tries to help them. It's huge for the environment."

The strain did get to Nelson - she considered quitting last year, but her aroha for the game is back.

"I've finally got my passion back, I think because I'm a lot fitter and I'm enjoying the game and the company. I'm probably playing the best rugby I have in a long time if not ever. 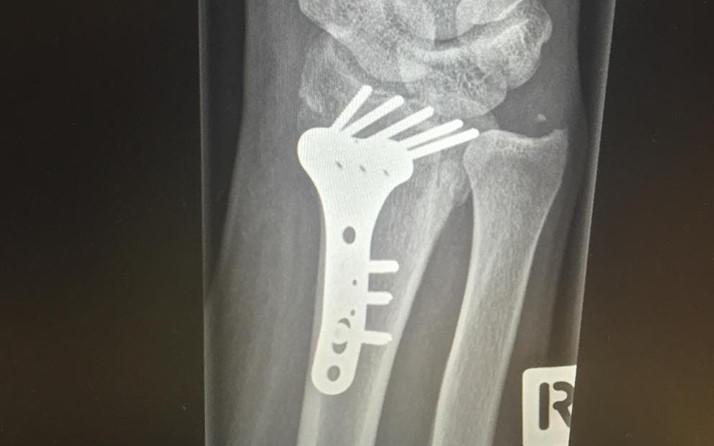 She's also passionate about helping young people. Nelson is a qualified nurse, following in her mum Kararaina's footsteps, and work's in a sexual health clinic.

"Being in and out of hospital with all my injuries, being the one that was the vulnerable person and not having a voice really affected me. So being a voice and helping people who are vulnerable is really a privilege."

While for now she's based in Auckland, the scrummaging cowgirl or Kaihu kaupoai, dreams of one day returning to the farm.

"Yes, for sure! I drive home nearly every weekend, it's like three and a half hours one-way haha."

She'll arrive home to a heroes welcome this weekend, if she helps the Black Ferns beat Australia at Eden Park on Saturday night to seal a two-nil series win.